The Legend of Zelda: Breath of the Wild The Master Trials DLC Review

The Legend of Zelda: Breath of the Wild The Master Trials DLC

When you release one of the highest-rated games of all time – let alone of the year – in the modern era, you’re pretty much obliged to follow it up with some DLC. But it’s not such a casual event when DLC gets released a for a big home-console Legend of Zelda game, a series which has never seen conventional DLC before now. So, one would expect that Nintendo has pulled out all of the stops for such a big event, and given us an essential DLC pack, right? Well, no. At least, not yet.

What Nintendo have brought to players in its first of two DLC packs feels more like piecemeal DLC content that could’ve been rolled out for free over a period of time, which has instead been smashed together into a single package. What we have here is a Master Mode added to the game, a devilishly devious Hard Mode which will see stronger enemies and much more of them pop up while playing through the game, a selection of “helpful” armour pieces, and The Master Trials, a new Eventide Island-esque challenge mode that’ll help power up your Master Sword. 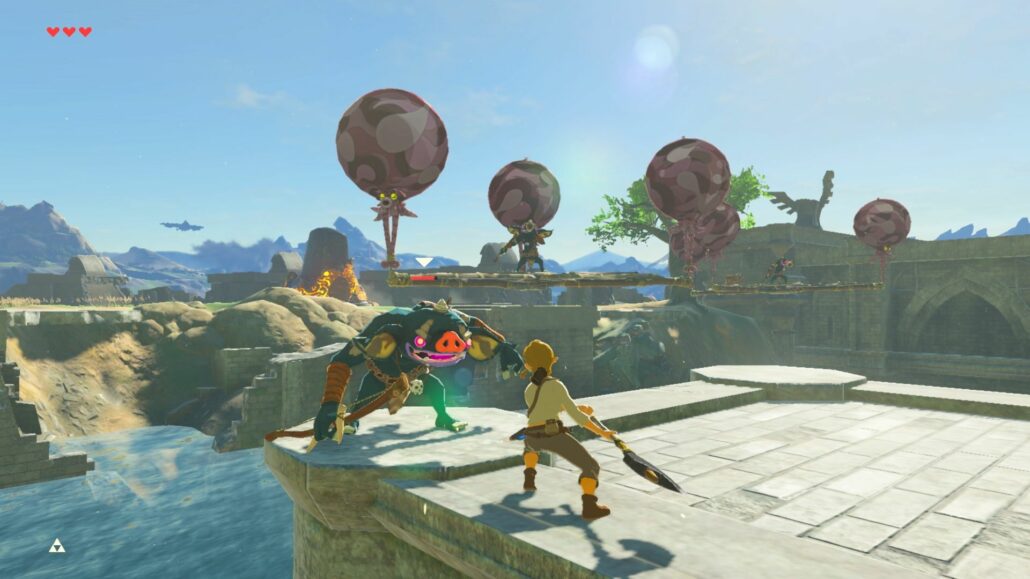 Master Mode is nice because it’ll finally give your Switch profile the ability to start a second game save – but of course, this save will be much more grueling than what you’re used to. Only allowing a single Autosave and spawning much more vicious monsters in much greater numbers than before, Master Mode will challenge the most hardcore Breath of the Wild players. If you want another reason to save Hyrule, this is a great place to start – and has, surprisingly, more effort put into enemy placement and minor changes than one might expect.

Then there’s the new items and gear, which are nice, but for almost any player that has finished the main game, they aren’t as useful as Nintendo would want you to believe. The Majora’s Mask will make certain enemies ignore you, Tingle’s Outfit (ew) will let you run faster at night (and will scare NPCs when you walk near), the Phantom Armor will enhance attack slightly, Midna’s Helm will offer some Ancient resistance, and the Korok Mask will shake a bit when uncovered Korok Seeds are nearby – possibly the only useful item for completionists who haven’t quite gotten all 900 yet. All of these items are nice to have, but in gameplay, you have to go out of your way to use them. All of the unique effects and boosts – aside from the Korok Mask’s Seed indicator – can be found with other armor pieces or sets in the game, often offering even better stats than these DLC items. Best used as cosplay tools alone, then. 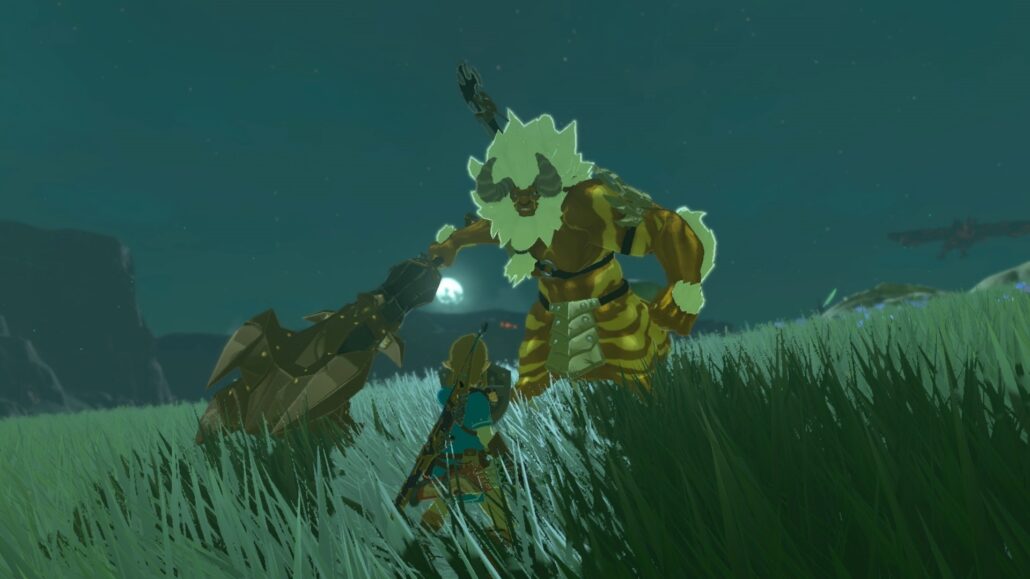 The other new item you’ll get for questing is a Travel Medallion, which will allow you to place a Fast Travel point which you can return to at any time. Again, nice, but not exactly either a huge addition nor is it that useful to players who are looking at Breath of the Wild’s endgame.

But there is one part of The Master Trials DLC which doesn’t disappoint, and that’s the titular test itself, The Master Trials. The Great Deku Tree guides you back to the Master Sword’s pedestal and placing it will warp Link into an endless test of skill and strength – tearing all of your gear, food and weaponry away from you and placing you in a long, grueling combat challenge. 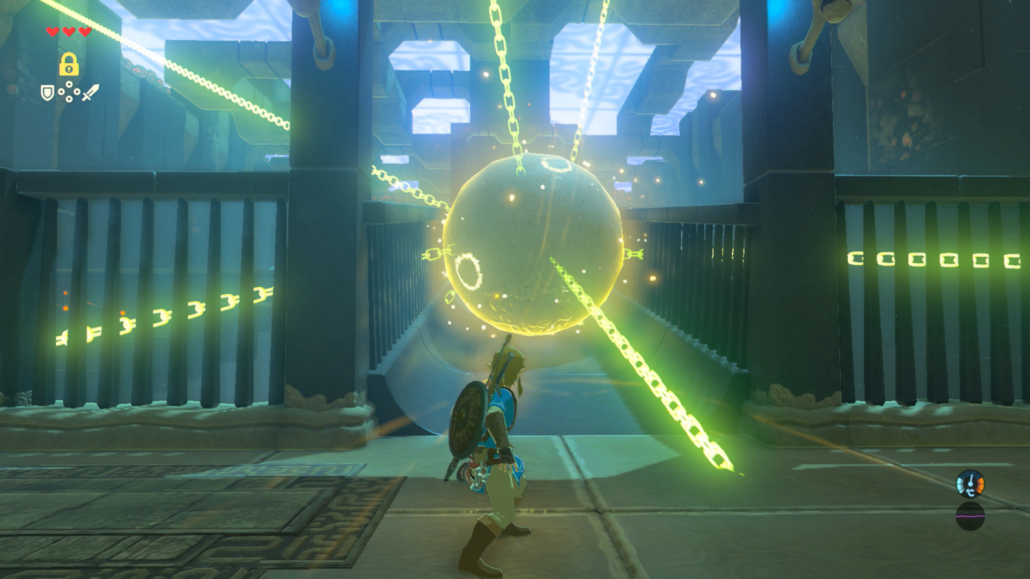 Much like Eventide Island itself – the one island in the game that also takes away Link’s equipment – it’s a fascinating test of the player’s resourcefulness and skill. Starting with nothing, the player can scavenge weapons from foes, pick up tree branches and, well, improvise. You do take in your Sheikah Slate abilities, so bombs, Stasis and Magnesis are still at your disposal, and will prove useful.

The Master Trials stays fresh by introducing new environments periodically – a forest where the grass burns quickly, a watery environment where lightning keeps raining down, a large lake you must use a boat to cross while having arrows rained down on you, icy atmospheres where your health will deplete for just standing around – The Master Trials really does test your abilities. Even the rest spots will force you to intelligently forage, equip your collected items and cook meals which will provide the best possible benefits going forward. It’s a tall order, and the kind of challenge players will only be able to mentally tackle once they’ve played through the entire game already, so they aptly understand how the mechanics of the game world work. 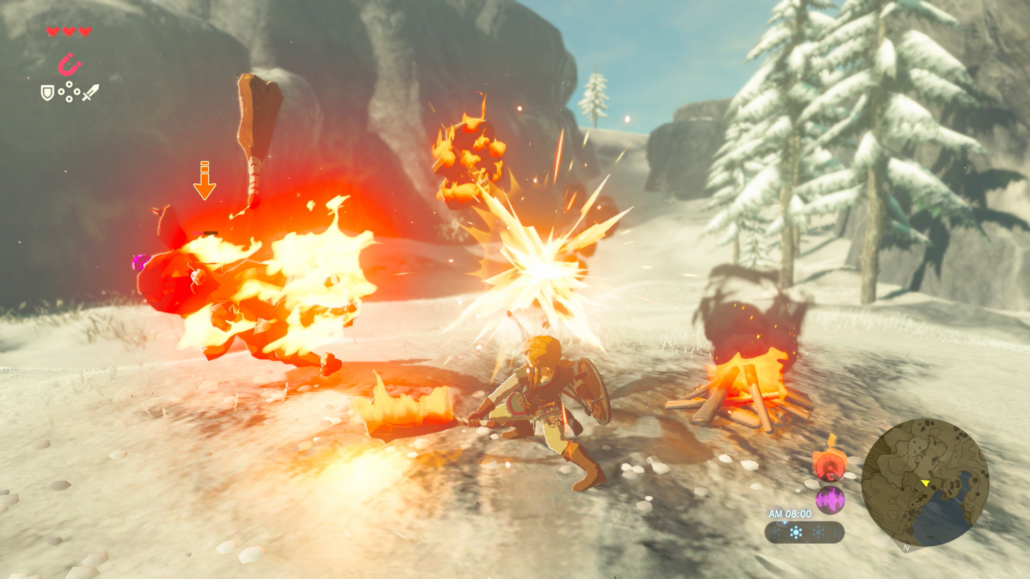 But, the big question is, as a package, is the Master Trials worth the price of the Expansion Pass? Well, no. It might not even be worth half the price, honestly. As far as the first of the two DLC packages goes, it’s hard to feel truly excited by it – yes, there’s some fantastic additions, but they are, essentially, more of what we have already seen in the main game. The second DLC pack, The Champion’s Ballad, looks set to make the Expansion Pass more than worth it, but until then, only those who really want more content in Breath of the Wild should bother with The Master Trials DLC. If you do want it, check out our tips to get the new gear.

Review code provided by the publisher. You can get the Expansion Pass via Amazon.

While Breath of the Wild's first DLC pack contains some fantastic moments, on the whole it feels light and, frankly, not yet worth the cost.