I’ve been an advocate for Avermedia’s Live Gamer Portable line for about as long as I’ve been a gaming journalist. Having a capture box that worked with the PlayStation 3 to record footage and take screenshots was something that gave me my first opportunities to write game reviews. The added portability meant I could bring it along to fighting game tournaments and record live match footage to research and analyze later. When I heard that Avermedia was releasing a new capture box that was vastly improved over my aging box and could be future-proofed by supporting 4K video passthrough, I was absolutely on board. The Avermedia Live Gamer Portable 2 Plus has instantly replaced my original LGP model and will be a tool in my production suite for quite some time to come.

What makes Avermedia’s portable line of capture devices unique is that keyword: portable. Most capture devices require rigging up to a computer in order to capture and process video, something that tournament officials running fighting game tournaments might not have the luxury of doing so. As a revision from their previous line of Live Gamer Portable devices, of which I’ve used the first generation for nearly four years to record tournament footage or game footage at trade shows, Avermedia slimmed down the device input to a MicroSD card.

As the price of memory cards hits an all-time low, even a higher grade 64GB MicroSDHC shouldn’t run more than $30 in the US. With that, you’ll be able to capture hours of game footage on the go or while you’re gaming and don’t want to go through the hassle of setting up OBS or RECentral to start streaming. All you need is a second HDMI cable (a 6” cable comes in the box that can sit right atop your console) and an open USB port on your console or wall adapter to power the device. Even the LGP2+ does have some issues with capturing footage from an HDCP-enabled console, so make sure to toggle that option off in the PS4 menu in advance.

Capturing footage on-the-go couldn’t be easier with the Avermedia Live Gamer Portable 2 Plus. It’s as simple as switching the device to Portable Mode through a switch on the front of the box, wiring up a 3.5mm microphone if you want to dub and record chat while playing, and tapping the big glowing Avermedia symbol on the card. When finished, tap it again to automatically save the footage onto the MicroSD card installed. While away from a computer, you won’t be able to adjust bitrates or capture quality on the fly, so make sure they’re toggled to your ideal specifications before taking the Avermedia box on the road. Once you’re home, just plug it back up to your PC via USB cable and toggle back to Storage Mode to access the footage like a flash drive.

If you’re not content with just recording footage, why not take your production to the next level and stream what you’re playing? The updated RECentral suite has been improved to be more user-friendly while still boasting some incredible customization tools for streamers and content creators. I still remember the early days of RECentral where the UI was as barebones as could be and limited what I could do to just capturing video or streaming the capture window onto Twitch or Ustream. Now, production values have risen to the point where streamers have to juggle multiple scenes, webcams, microphones, layouts, et cetera. The new RECentral supports all of that with the ability to toggle between scenes on the fly and adjust audio mix all without needing to take a break from the action.

Two 3.5mm ports adorn the front of the Live Gamer Portable 2 Plus and allow gamers to get direct audio feed for both game and mic without running the risk of audio delay. If you’re on PS4, I highly recommend using those ports for your headset rather than setting the console to transmit All Audio to the headset. I learned the hard way to wire up my headphones into the LGP2+ instead of the PlayStation 4 controller, as I lost twenty minutes of recorded footage just because audio wasn’t being passed through to the capture box

One of the biggest upgrades on the Avermedia Live Gamer Portable 2 Plus, aside from its portable functionality, is the ability to support 4K video passthrough. No matter if you’re playing a game in 1080P or 4K, the Avermedia box supports either, although the video it captures is limited to 1080P at 60 frames per second. This is still a huge step up from the first LGP, which could only go as high as 1080P30. Some marketing could stand to be a bit clearer on the limitations of Avermedia’s latest capture device, but don’t expect to get 4K footage saved of your latest Gundam Versus matches. That honor is reserved for capture cards that hit the $500 mark and beyond. It’s also worth mentioning that the Live Gamer Portable 2 Plus does NOT support HDR passthrough, so you may want to consider an HDMI splitter if that’s a requirement for you. Since my PlayStation VR is wired into my console twenty-four hours a day, I have already committed myself to foregoing HDR until my primary monitor gets upgraded.

For what you pay, the Avermedia Live Gamer Portable 2 Plus sits in that perfect niche of accessibility and features while still allowing gamers the opportunity to play what they want without sacrificing the access to playing their games in 4K. All of the tools you need to get started recording beautiful matches are easily accessible from the front of the box and whether you use OBS, XSplit, or Avermedia’s own RECentral, producing quality streams couldn’t be easier. If you’re a traveling gamer and always taking your setup on the go, a new Avermedia Live Gamer Portable 2 Plus should be an essential upgrade to your travel bag.

Review unit provided by the maker. You can buy the capture box via Amazon. 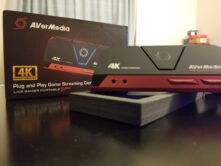 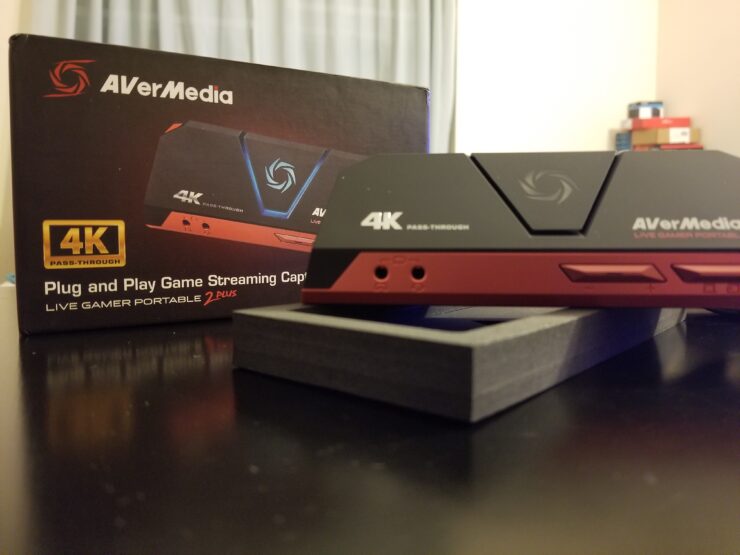 The Avermedia Live Gamer Portable 2 Plus revises the previous portable model with support for 4K video passthrough and a newly update RECentral production suite. Gamers looking to get into streaming their achievements while still playing their games at 4K resolution shouldn't pass this up.