Assassin's Creed Rogue Remastered is the only entry in the series which allows players to witness events from the Templars' side. The game stars Irishman Shay Cormac, an Assassin who starts questioning the Creed following a certain event, leading to his banishment from the order and the joining of the Templars. During the course of the journey, Shay is constantly torn between his former Assassin identity and his new Templar one, resulting in some interesting developments. The story isn't particularly interesting, as it basically treads old ground in both plot and characters, nor particularly long, with the main campaign being around ten hours long, but Shay's unique perspective manages to carry everything forward to its conclusion. 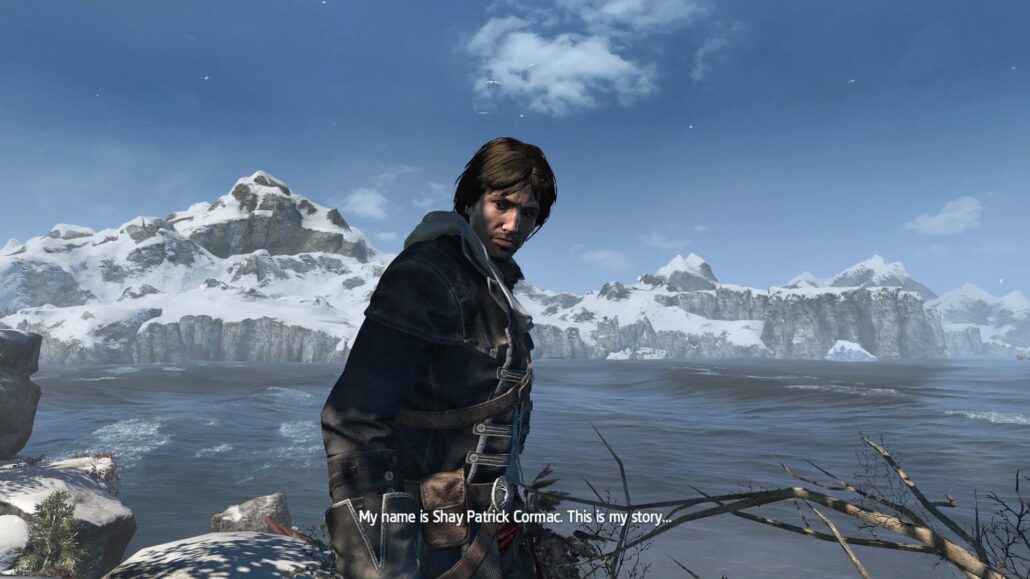 The Assassin's Creed Rogue Remastered story isn't the only feature that treads old ground, as the gameplay experience is basically the same seen in Assassin's Creed IV Black Flag, with a few variations. Alongside the typical Assassin's Creed features, which involve exploring some big open world maps filled with main and side missions, collectibles, forts, viewpoints and so on, Assassin's Creed Rogue Remastered features the same excellent naval gameplay features found in the fourth main entry in the series. As soon as players are left on their own, following a frankly excessively long tutorial section, they can control of their fully crewed ship, the Morrigan, and pretty much go wherever they want, which is a big change from previous entries in the franchise.

Like exploration, combat happens on both land and sea, with sea combat being much more interesting. Regular land combat is bad due to how sluggish everything feels. The combat system is basically the same seen in previous entries in the series, a Batman Arkham series influenced system where Shay has to fight multiple enemies at the same time, with the ability to use regular attacks, pistol attacks, and counters. Everything feels so imprecise, however, that players will avoid fighting as much as possible. Not that the stealth elements are any better, as they feel as sluggish as regular combat does.

Naval combat manages to be a little more interesting, but it still tends to become repetitive after a while. While sailing on the Morrigan, players will encounter enemy ships which can be attacked with cannon fire and other upgradable weapons such as burning oil and the Puckle gun. Once a ship has been damaged enough, players can decide to continue destroying it or board it to fight the enemy crew, make the surrendering enemies join them and obtain loot. The whole process feels great the first few times, making players feel like true pirates, but it gets boring fast - even faster if one has played Assassin's Creed IV: Black Flag to completion, as there's almost no difference. 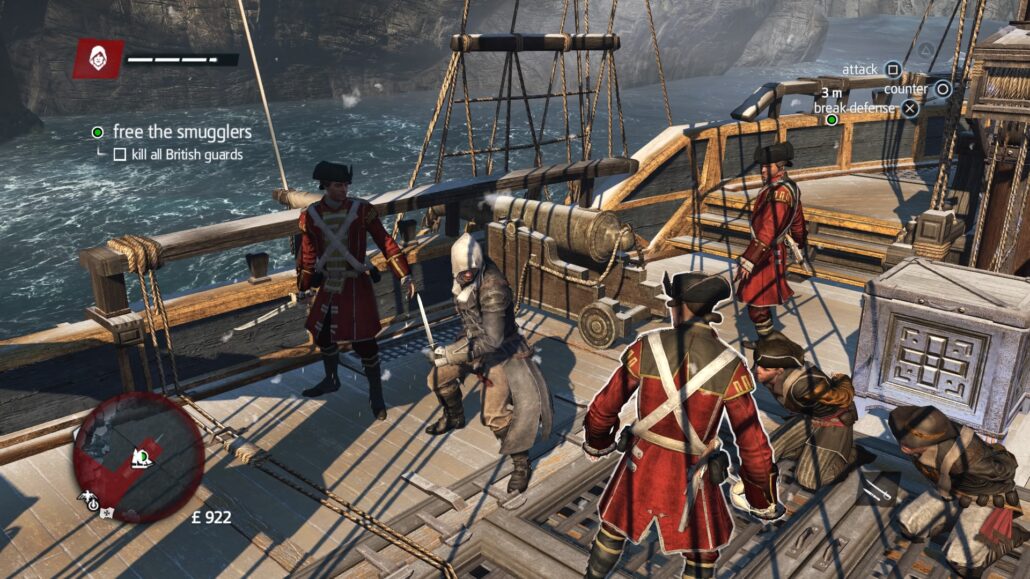 The mediocre combat system isn't, sadly, the only issue found in Assassin's Creed Rogue Remastered. Mission design isn't particularly inspired, offering the same sneaking around guards to rescue hostages, defeat all enemies, kill a specific target and so on that has been seen in the series since its beginnings. As already mentioned, the map is filled with collectibles, but only a few of them have some sort of relation to the main plot, so they're basically used to not make the maps feel empty and lifeless. Character progression, in particular, feels extremely limited, as all upgrades for Shay and the Morrigan are gated behind story progression, and are not available from the beginning, even if players have the required materials. While this was normal for the series, after Assassin's Creed Origins, everything feels dated: it's a shame that Ubisoft didn't use the opportunity given by the remaster to tweak things a little.

Despite all these issues, there's something alluring that makes players come back to Assassin's Creed Rogue Remastered for more. The way the sense of adventure is captured is something unique to Rogue, which sees players rise from a simple renegade Assassin to the most important man in this fraction of the world. Seeing the Morrigan become a true force on the seas, getting to practically own a big city like New York, where players have the ability to purchase and customize buildings inside the city, free the land and the seas from enemies feels great, and almost no other entry in the series has managed to capture this power fantasy in such a gripping way. 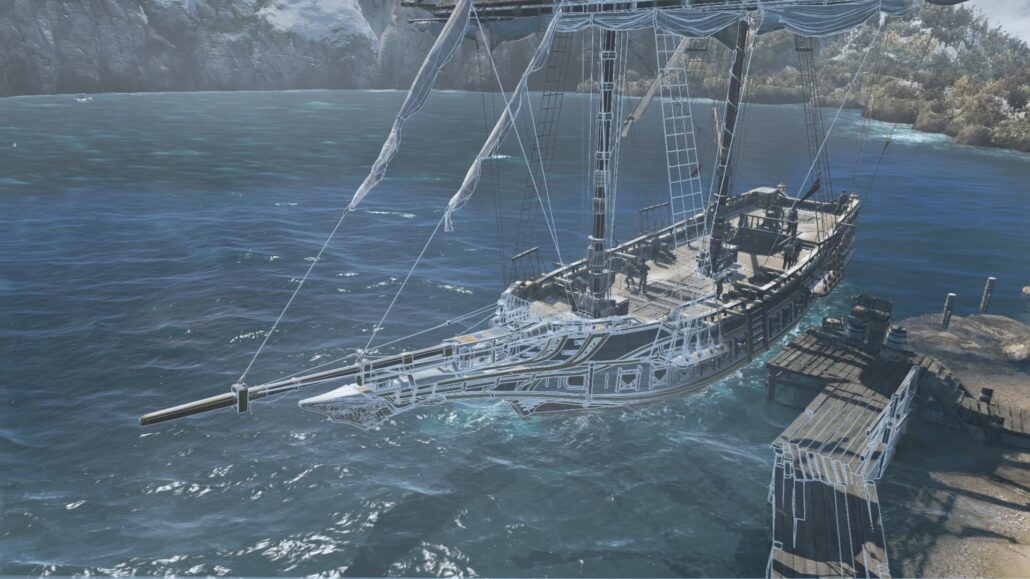 The only area where Assassin's Creed Rogue Remastered is a considerable improvement over the original PlayStation 3 and Xbox 360 release are the graphics. Coming with full PS4 Pro and Xbox One X support, Assassin's Creed Rogue Remastered allows players to experience the game at 4K resolution. Environment rendering, upscaled shadow resolution, and denser crowd are among the improvements of the remaster, which make the beautiful locations of the North Atlantic Ocean, the River Valley, and New York look better than ever. Sadly, the game is still locked at 30 FPS framerate.

Had it been released before Assassin's Creed Origins, Assassin's Creed Rogue Remastered would likely have been received much better, as many of the core mechanics now feel outdated. Even with its issues, the game remains enjoyable provided that the player goes into it with the knowledge that Rogue was originally released during the Dark Age of the series.

Focusing only on graphics, Assassin's Creed Rogue Remastered is an acceptable remaster of a game featuring mechanics that already felt dated four years ago. After the release of the excellent Assassin's Creed Origins and other modern open world games, Assassin's Creed Rogue Remastered's combat, stealth and overall design feel even worse than they did before, and Ubisoft missed the chance to address some of them with the remaster. Despite these issues, however, the game is one of the few entries in the series to successfully capture the feel of adventure, making it worthy for those who love stories where the main character raises from nothing to become the most important man in the world.