The ASRock X299 Taichi CLX takes the helm of the flagship X299 motherboard that ASRock has to offer for 2019. It's the third revision of the X299 Taichi series and the best one to date.

The third iteration of the X299 Taichi which is purely designed for Cascade Lake-X processors is so awesome that it makes you forget the last 2 outings. The motherboard features a black and silver color design with a massive overhaul to the heatsinks and VRMs. The motherboard features Intel's LGA 2066 socket which supports 7th, 9th and 10th Gen X-series processors. It comes with a strong 13 Phase and 720A VRM design which is powered by dual 8-pin connectors. The motherboard has 8 DDR4 DIMM slots that support up to 256 GB of (non-ECC) capacities with speeds of up to 4200 MHz (OC+) or up to 1 TB of (RDIMM). The latter support would be enabled through an upcoming BIOS update. 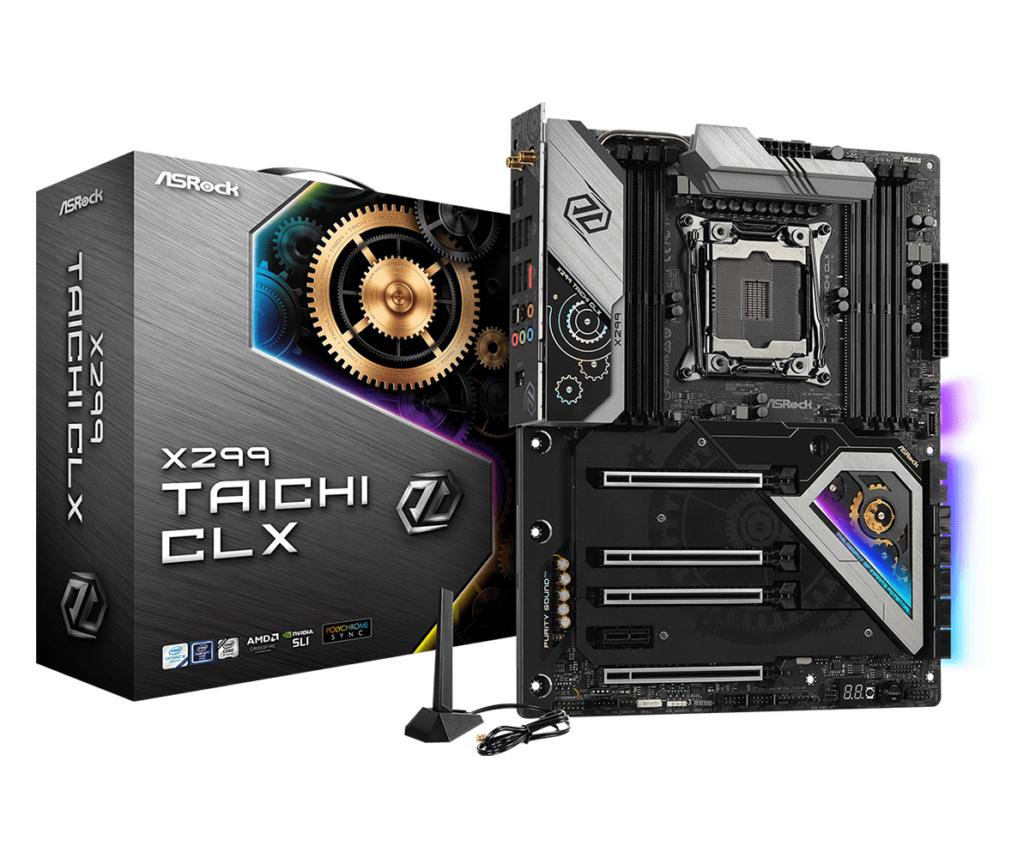