Let's be honest about AO Tennis. When it was released, it wasn't exactly a good game. Big Ant Studios, developers of Cricket 19, have certainly improved in their Cricket games output over time. AO Tennis 2 is only their second game covering Tennis so following the first release and the improvements made after launch, have Big Ant Studios learned from and improved on their previous outing?

Yes, they have. At least they have in certain places, some aspects of the game really shining through. Other areas still need some improvement, but AO Tennis 2 is certainly a fair step in the right direction. How exactly? That's exactly what I'm going to talk about now! 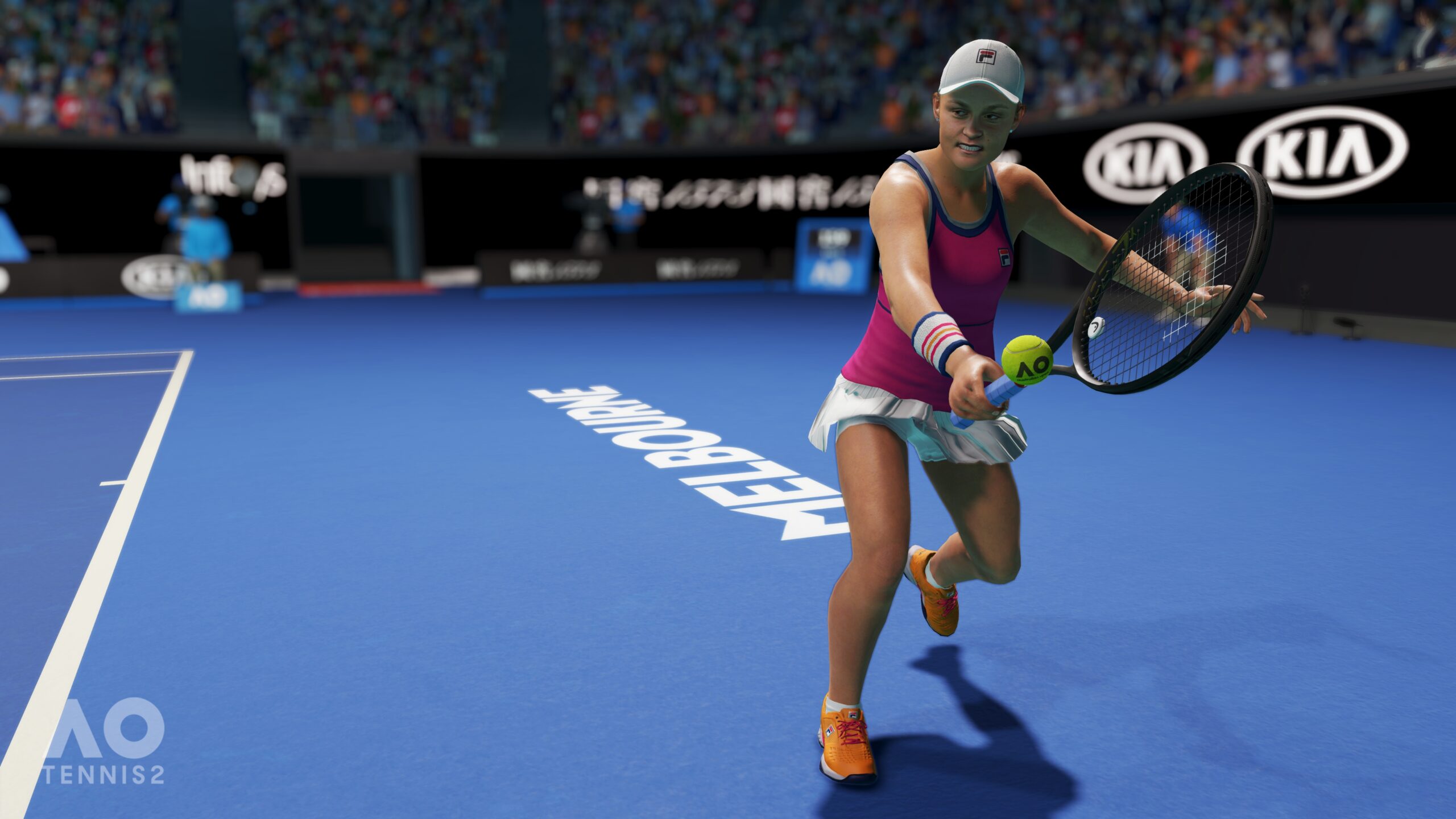 Even just looking at the game you're going to notice some improvements. Characters are far better animated, their movements seem more fluid, characters will actually swing and miss rather than simply give up if the game decides you're not going to make the shot. That's already a fair improvement from the previous game. Character animations and movement are generally better, with running, swings, leaning into shops and everything else that comes with it. Even the sway of a skirt during the match.

These improved animations come alongside just a general improvement on visuals. Characters look more like their real-life counterparts. Faces have moved further away from the uncanny valley. This doesn't mean they're ideal - they certainly look decent, though not to the same level that you'll find in a FIFA release. Certainly better than the jelly-faced monstrosities found in titles like WWE 2K20. The same improved visuals also apply to the general court, surroundings, audience and everything else. It all helps to add to the level of immersion found within AO Tennis 2.

In continuing with the level of detail allowed are the character creation and customisation menu. I haven't found many titles that let you change most minuscule details of your created characters face, shoulders, arms, legs and every other aspect of their body. It's all the better as this is the character you'll be using in the games career mode. Creating the person you want to create - I made someone that looks as close to myself that I could be bothered doing - and taking him or her to the top of the tennis world.

Before I move on, I do want to make it clear that not all movement is ideal in AO Tennis 2. While the swing and ball hitting is certainly improved, it could still have that bit more fluidity. Part of the problem is actually the ball. Actually, most of the problem is the ball, which just looks and feels unnatural. The movement still just seems a little off. Better than before, but there's something a little wrong. You can still kill incredibly fast shots with ease, though the AI certainly seems to learn from your actions. It's not that easy to trick them with soft drop shots once you've done it a few times. 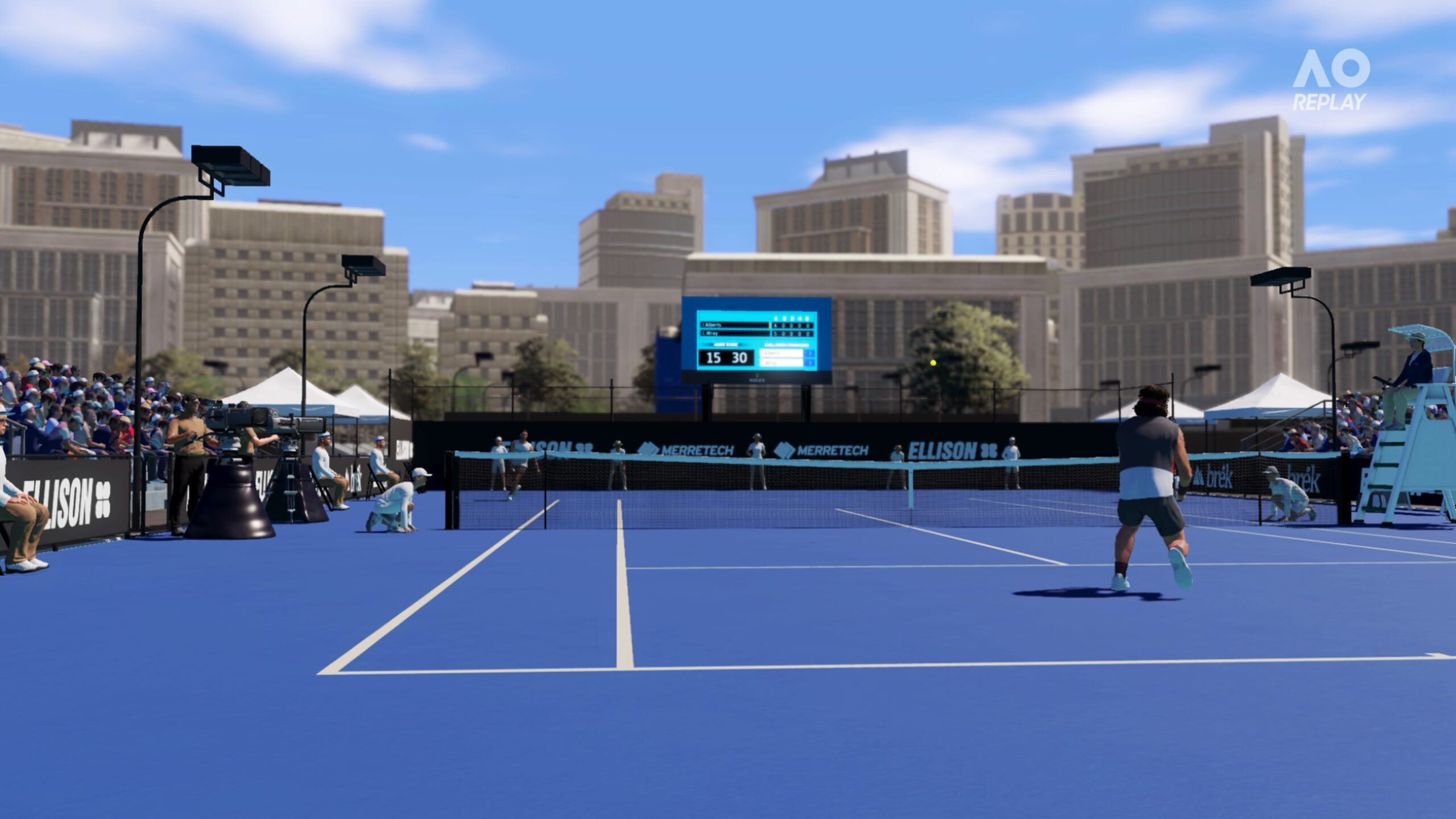 What is the main draw here in AO Tennis 2 is, of course, the playing of tennis. It's how you play tennis that makes this game something special, through the aforementioned career mode. In the career you can take on an actual pro or, and this is the better option, use your own created character and move from the bottom up. You'll be dictating your schedule, moving from exhibition matches to tournaments, maybe you want to do some training in between? You'll have a lot of choices to choose between.

You'll also want to manage your players' reputation. This will be done through press conferences as well as your actions on the court. After each point, you can choose to react positively or negatively - or not at all. It makes sense to mix it up too, showing your frustration at a poor run or approval for a fantastic shot, even if it was against you and you missed it. All of this will be counted and be accounted for at the end of your career when you choose to retire.

As well as the career mode, you also have the Australian Open - which should make sense since this is the official game of the open - as well as other types of competitions and the ability to simply jump in and play. All of this can also be done online, with a scenario creator to let you make your own scenarios, with a variety of challenges. The offering is certainly varied and you will have a lot to do here. 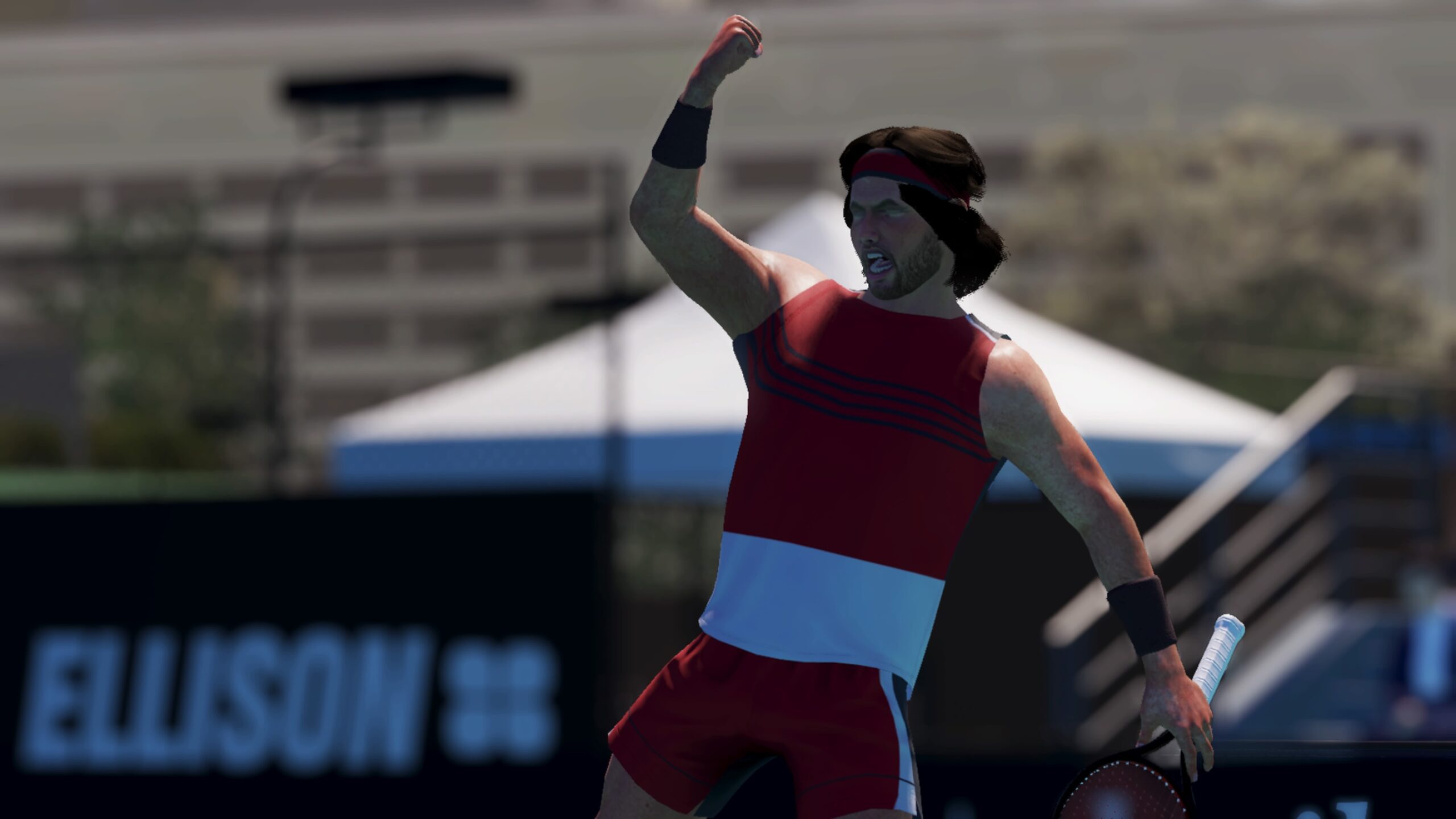 It's simply the doing it that has to be fun. So, the simple question is: is it? I'm honestly not good at the tennis - I'm not exactly good at it in real life either, being more Andre the Seal than Andre Agassi. The game can seem a little unfair, with shots going out that - at least in my opinion - should have never gone out. Much like the first AO Tennis game by Big Ant Studios, you direct the shot with the left analogue stick, moving a marker across the court as to where you want the ball to roughly go.

The only problem, something that was an issue in the first game, is that movement of your player is also controlled with the left analogue stick. What this means is that you need to be in a position to hit the ball before you start selecting what shot you want to actually take - if you've misjudged it, you're screwed. Also, there is another style of shot you can take using the right analogue stick but I've not managed to hit anything more than a weak flop that barely got over the net, no matter how much I try.

Despite any issues I've encountered, AO Tennis 2 has been engaging. Primarily this is because I've been enjoying the narrative within my career, leading the direction, the training and progression through the rankings of Chris Wray, a tennis player almost good enough to make it amateur! AO Tennis 2 is most certainly a big step in the right direction by Big Ant Studios from the launch of AO Tennis. Is it perfect? Not at all. Is it fun? Yep.

AO Tennis 2 is most certainly a great step in the right direction, with large improvements to animations, physics and general gameplay. In addition to these improvements, the career mode here is one of the more personal and engaging career modes you'll find in a sports title, up there with any other sports title, especially thanks to the extensive character customisation which lets you create just the person you want. AO Tennis 2 isn't perfect though, there are still some issues with the general feel of the fall and some game mechanics like movement being tied to the aiming of your shots, causing an overlap, but the improvements are there and there's no doubt that Big Ant Studios are making large strides.