Albion Online Review – Make Your Mark in the World

Albion Online is a sandbox MMORPG looking to give players control over their destiny in ways that echo the hardcore classics like Lineage or Richard Garriott's Ultima Online.

Albion Online doesn't offer much in terms of a story or even offering a general direction on where to go or what to do.  Honestly, that's not really what you're looking in most sandbox RPGs. It's all about being able to do whatever the hell you want however you way you wanna do it. It's designed not to hold your hand or even tell a story. It wants you to live its world and be a part of its player driven economy.

In lieu of a standard leveling system, you progress in Albion Online by grinding out fame. Fame can be earned by completing quests and performing a number of challenges and tasks that associated with the different unlocks you're hoping to get. For example, if you wanted the first set of passive abilities for the Journeyman Reaver, you'd need to kill 1,000 creatures. Other tasks might involve gathering x amount materials or crafting certain gear that'll unlock the next tier of craft-able items.

The biggest issue ends up being the mid-late game grind where you find yourself doing the same thing over and over simply in order to progress down a certain path. You can stick it out try going down a new skill path until you hit that wall again. In my case, this is when I decided to engage more with guild play and trying my hand at selling goods at different parts of the world. 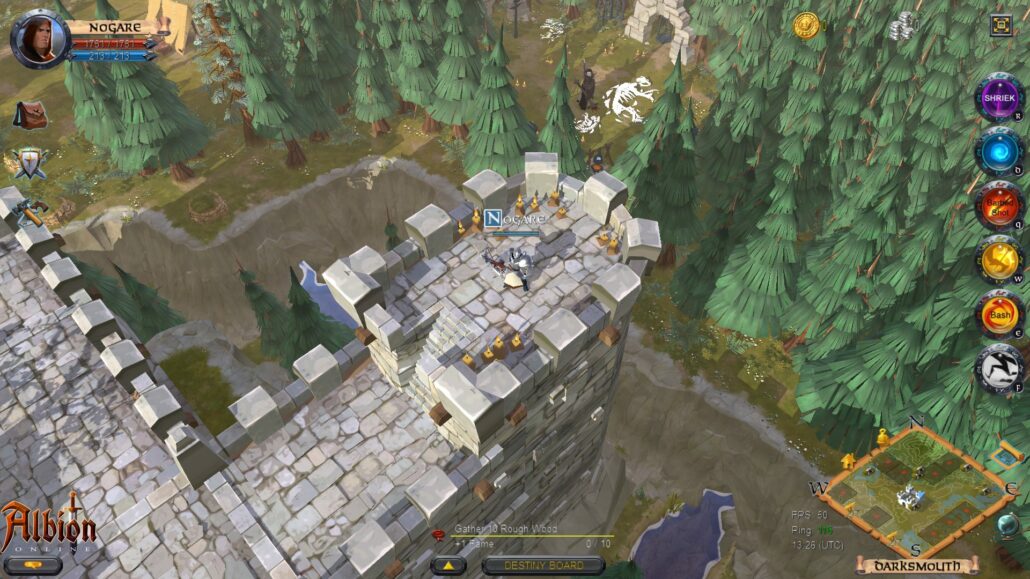 The class-less approach gives players the opportunity to try out different builds without the need to re-roll a character. Every time you equip gear, you get to choose which active abilities get put into your skill rotation. I liked the flexibility of the ability choices since most of your options are often aimed at PvE or PvP situations. Here you get some really interesting character hybrids like a mage in heavy plate mail; finding out what works for you have been half the fun in figuring out how to progress.

Combat in Albion Online is more simple than what you would find in traditional MMORPGs. You've got three combat skills and three gear skills that sit on cool-downs. The user interface as a whole is pretty simple to navigate with almost little difference regardless of whatever platform you're on.

Resource and inventory management can be a bit of a pain often feels like a chore. Once you get into a groove, you'll notice that inventory will be filled up in no time. Go over your item capacity and you'll literally move as slow as molasses. So be ready to make trips back to town or you can become a target.

Since Albion Online takes place in one shared world, this also goes for all the resources available. This means that certain zones can easily mined out or stripped barren of resources if there are too many players chopping down trees and mining ores. The player-driven economy allows for some really interesting ways to make money. 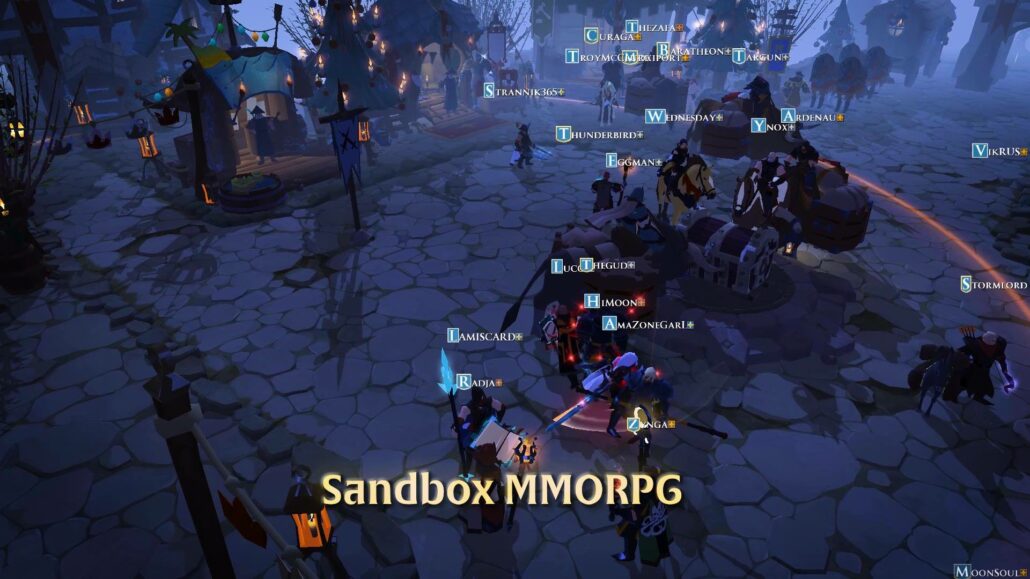 Industrious players will find themselves hording resources from one part of the world and selling at the other for profit. The reason the idea of supply and demand works well in Albion Online is that all of the regions marketplaces are independent of each other. This is even goes banks to store your material. There's is no universal storage so if you leave stuff at a bank at one end of the world it'll stay there until you go back and get it.

What I found really compelling is there are zones that are heavily contested by players especially in PvP zones. This means you're looking for truly rare materials, you'll need to venture into some really dangerous places if you really want to play the market.

Of course, if you have no interest in becoming a trader of goods you may always take a more nefarious approach to acquiring wealth in the form of being a bandit or grouping up with players in taking on the raids.

The Player vs Player in Albion Online, if you're prepared, can be the most engaging and rewarding time in your adventures. It's a very high-risk, high-reward proposition since players can loot your corpse once they kill you. You can easily lose a day's worth of loot and gear on behalf of a roving gang of gankers. It's why you'll want to group up or join a guild if you're thinking about heading into these deadly zones. Guilds are always looking to recruit and expand their territories and that takes a ton of resources to maintain.

One of Albion Online biggest selling points is that it's actually playable cross-platform on both PC, Mac, and Mobile. I tried on an Asus Zen Pad with mild success. You can technically play on your phone assuming you've got the newer iPhone or IPad or a fairly powerful Android device. That being said, the controls translate very well on the touchscreen.

Unfortunately, the same could not be said for the stability of the actual game client. I ran into a number of unexpected crashes along with some major connection issues which is super frustrating when trying to coordinate with a party since you're randomly dropping from the game at the most inopportune time.

Albion Online really lets you tell your own story almost entirely from the get-go. If you're looking for a sandbox MMO that'll remind of the early days of online gaming, there might truly be something here for you.

Review code provided by the publisher. You can purchase the game on the official website.

Albion Online is a fun sandbox MMORPG with a clever progression mechanic and deep player-economy. The mid to late game grind and hardcore nature might turn away anyone looking for a more casual experience.