Respawn Dev: Titanfall does not Need DirectX 12 for Better Performance on Xbox One – Perfomance Fixes in Works

Respawn Entertainment's Microsoft exclusive multiplayer first-person shooter video game Titanfall is doing great across all Microsoft platforms until now. Unlike most multiplayer games, Titanfall went through a fairly smooth launch and few reports came about bad performance or bugs and glitches. Recently, Respawn Entertainment explained that DirectX 12 is not necessary for introducing new performance fixes into the game. 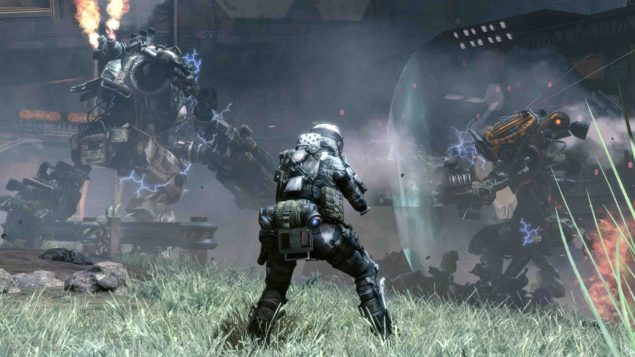 Titanfall is not the best looking game ever made but it is clear that developer's claims regarding this title were fairly factual. The hype and anticipation that Titanfall saw before its release was not completely misguided. The game performs very well on Xbox One but it does suffer with some common issues such as frame rate dips and screen tearing.

Titanfall, being a multiplayer game, will receive a lot of new patches and updates for performance improvements with time. Recently, Respawn Entertainment released a new title update for Titanfall introducing private matches and certain bug fixes for the game. According to a Programmer at Respawn Entertainment, Jon Shiring, the latest update does not include any performance fixes for Titanfall. However, performance fixes are in works and will be released soon.

@mattmjames_ it’s not in this update, no. But yes, people are working on it.

Answering to a fan who asked that will DirectX 12 help Titanfall by reducing screen tearing and frame rate drops, Jon said that Respawn development team is not currently very familiar with Microsoft's upcoming new API but they know that DirectX 12 is not necessarily needed to carry out some new Titanfall performance fixes.

Titanfall runs at 60 FPS on Xbox One but unfortunately, Respawn Entertainment was not able to reach full HD native 1080 resolution with the system. The game is currently set at native 792p resolution although the developer is planning to increase the resolution to 900p. Respawn Entertainment has also promised to fix all the optimization issues that affect the game, including screen tearing and drops in frame rate.