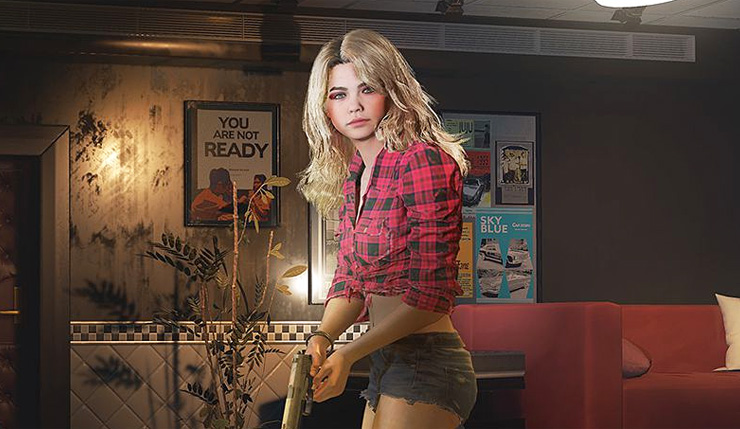 Update: The Resident Evil Resistance beta is apparently available to play on PC and PS4 again. This was confirmed by Capcom producer Peter Fabiano on Twitter...

Alright everyone, the #RE3 Resistance Open Beta is officially live for PS4 and Steam users. For PS4, be sure you are using the latest Ver. 1.01. If you have trouble starting a game, please restart the application and try again. Have fun and sorry to keep you waiting!

Original Story: Resident Evil Resistance, the standalone asymmetric multiplayer game that ships along with the upcoming Resident Evil 3 remake, had been forced to delay its open beta on PC and PS4. The beta kicked off at midnight PT on consoles and 10am PT on PC, but players quickly began complaining of matchmaking issues that made joining games nearly impossible. The official Resident Evil Twitter account acknowledged the issue and later announced the beta was being delayed for PC and PS4 – the Xbox One version is apparently unaffected by the issues.

We're aware that PS4 users trying to play the Resident Evil Resistance beta are experiencing matchmaking issues at this time, and are working on resolving the problem. Please stay tuned for further updates. We appreciate your patience!

Due to technical issues, there is a delay for the RE Resistance Open Beta on PS4 and Steam. The XB1 version is unaffected and is available. We're working to resolve the issue as soon as we can and will keep you updated. Apologies for the inconvenience.

I’ve been able to connect to a few RE Resistance matches on PS4, but the waits have been long. I’m also playing the full release version of the game, rather than the beta, so maybe the issues don’t effect me. No word yet on when the Resident Evil Resistance beta will be back up and running on PC and PS4.

Experience a new 1 vs 4 online multiplayer game set in the Resident Evil universe where four survivors face-off against a sinister Mastermind. As the Mastermind your aim is to prevent the survivors from escaping by whatever means necessary. At your disposal will be all manner of tools including summoning vicious monsters, setting deadly traps, weaponizing cameras and more! In turn, the Survivors must work together to fend off the Mastermind's attacks and complete puzzle style objectives to escape the map before time runs out!