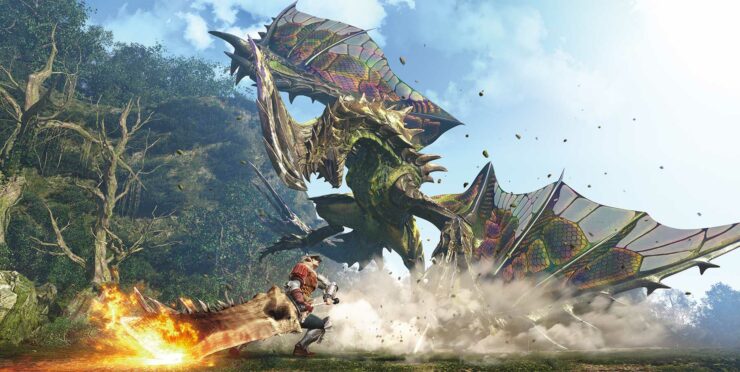 Capcom's beloved action-RPG series, Monster Hunter, is heading to the big screen. Directed by Paul W.S. Anderson, the man responsible for turning Resident Evil into a six-movie, billion dollar grossing franchise, Capcom are clearly hoping he can repeat his success. Yet while Monster's bare bones story makes the franchise an odd choice for a movie adaptation, Anderson couldn't be more excited.

"What I love about Monster Hunter is the incredibly beautiful, immersive world they've created," Anderson told Deadline. "It's on the level of like a Star Wars movie, in terms of world creation. There are no real central characters so it's a bit like when we first approached Resident Evil and imposed our own characters and story on that world."

Details on the film are light, with the film's release date unknown. Anderson has however, revealed that Monster Hunter will have a fairly modest $50 million budget and that he will be aiming for it to carry a PG-13 rating.  While the brand is still niche in the west, it's a genuine phenomenon in the East . After the success of the Warcraft movie in China, it seems like Capcom are hungry for a piece of that pie.

If you've ever dreamed of movies with less plot and more screen-consuming swords, then your prayers have been answered.