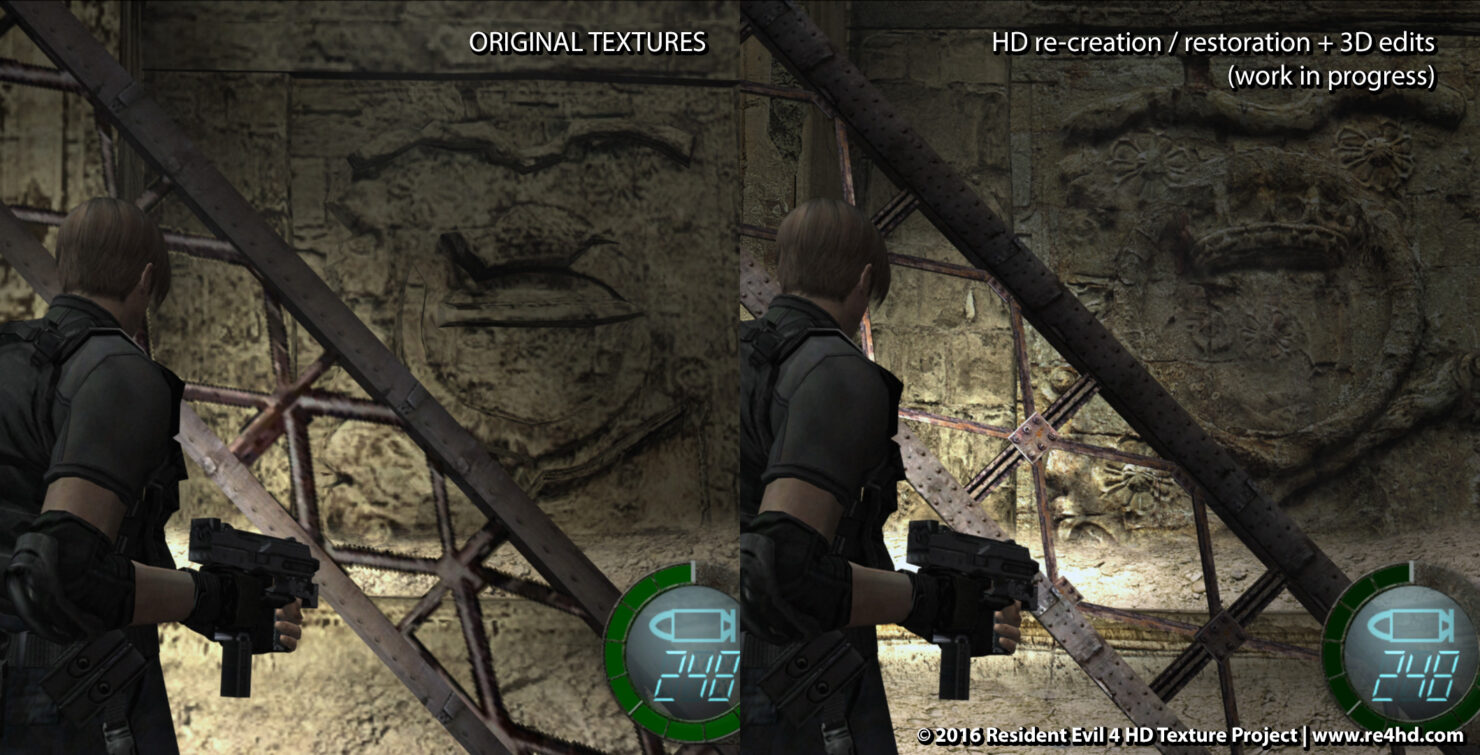 Development of the Resident Evil 4 HD Project, a project which aims to rework all of the game's low quality textures into HD ones, has been going strong in the past few months, and the author is keeping players updated on the status of the project quite frequently. The latest update, which focuses on a specific location, also includes some new screenshots and a new video which show how nice the game can look with gorgeous HD textures.

The latest update for the Resident Evil 4 HD Project focuses on the ancient ruins players will explore during the course of the game. Most of the textures used for this location are based on pictures taken by Capcom during their travels to Europe.

This place has plenty of textures based on pictures that Capcom took during their travel to Europe (a brief break after lots of rooms using quite generic textures. I guess that’s why I always loved this small area :)). Fortunately I was able to find most of them. And the rest are re-creations as usual.

I gave some 3D volume to the windows and beams at the end of the room (They were simple 2D surfaces with an opacity channel) and fixed some inaccuracies here and there.

The door at the end was originally too brightly highlighted. Its 3D model was stored separately using its own lighting values. That’s why it doesn’t react to Leon’s flashlight the same way the rest of the room’s models do. I fixed that and I also placed the door knobs at a normal height…

As mentioned above, new comparison screenshots and a new video have also been made available, and you can check them out right below.

Resident Evil 4 is now available on a variety of formats, including PC, PlayStation 4 and Xbox One.