As part of the remastering process of the original hit N64 FPS, Turok, the draw distance has been increased suitably to take advantage of modern hardware. This has taken away from an inadvertent mechanism that added increased tension in-game. Otherwise the graphics are very similar to the original.

Turok gives up the fog of war to decrease the chance of sneaky dinosaurs.

But not too similar because an all-new engine is supposedly in use with improved textures, effects and more. One of the greatest parts of Turok, and a lot of older games from the N64 era, was the horrid draw distance. Sure it was because the graphics hardware at the time couldn't quite cope with the intense amount of rendering that had to be done. That is no longer an issue, and one of the most remembered parts of this game (and many games of this era)

Turok, remastered, is set to be re-release on the 17th of December on PC. You'll be able to find it on GOG, Steam and of course the Humble Bundle. 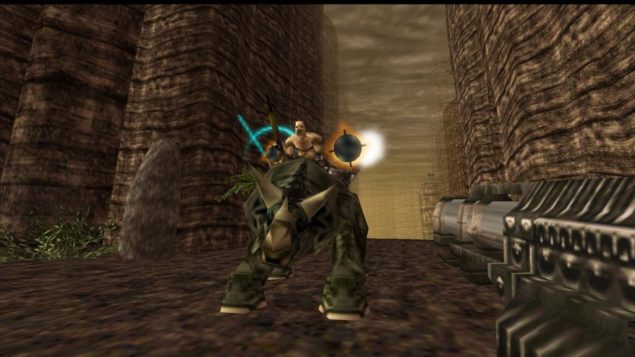