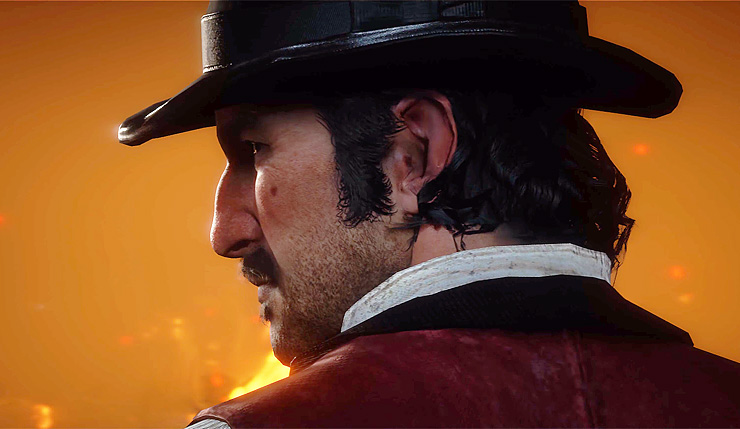 Yes, really. Take this with a very large grain of salt, but over the past couple days clues have cropped up pointing toward a Switch port of Red Dead Redemption 2 in 2020. A listing for Red Dead Redemption 2 for Switch recently popped up on Spanish retailer Instant Gaming. The listing comes with a Switch box art image attached, so this wasn’t just a case of somebody ticking the “Switch” button by accident – somebody put at least a little time into this. That said, the text accompanying the listing mentions the PC version of the game, so this isn’t exactly hard evidence.

Lending some credence to notion of RDR2 on Switch, is the fact that an image for the Switch Pro Controller has been found in the game’s code…

Of course, this could just mean support for the Pro Controller is coming to the PC version of Red Dead Redemption 2, and yet…you can’t help but wonder. There are rumors a new Nintendo Direct may be on the way soon, and RDR2 coming to Switch would be a hell of a headline announcement. And really, the idea of the game being on Switch isn’t that outlandish, as a very playable version of The Witcher III has been brought to the system.

Ultimately, I think the main barrier would just be file size – Red Dead Redemption 2 is a whopping 100GB on current platforms! No way Rockstar shells out for a 100GB cartridge, and even those with MicroSD cards installed probably don’t have 100GB free on their Switch (I sure don't). Of course, the Switch version would probably downgrade the quality of assets somewhat, and compression could further reduce file size.

What do you think? Is Red Dead Redemption 2 on Switch something that could actually happen?