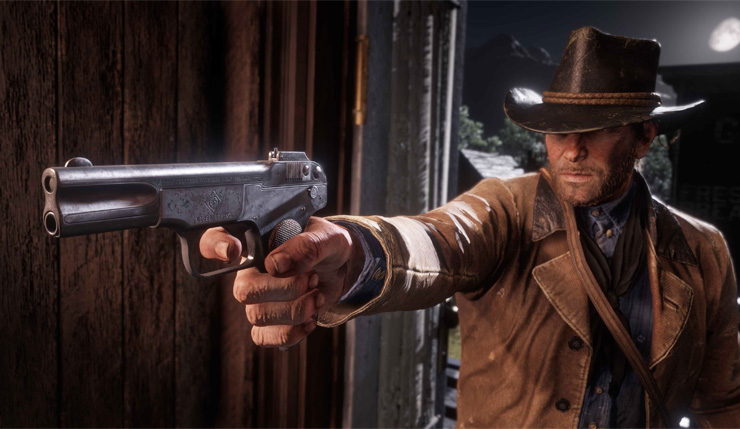 Red Dead Redemption 2 arrives on PC in a couple short weeks, and Rockstar have finally released a stunning 4K/60fps trailer of the game in action. RDR2 was a very nice-looking game on consoles, but it looks downright amazing running on PC – at times nearly photorealistic (I’m particularly impressed by the fuzziness of that bear’s rear end). But enough jawing from me, check out the trailer for yourself!

Here’s a quick rundown of the special features you can expect from the PC version of RDR2:

A variety of new content will also be added to RDR2 alongside the PC launch, including…

New Weapons for Story Mode including:

New Horses for Story Mode including:

Red Dead Redemption 2 moseys onto PC on November 5. It will also be available on Google Stadia when the service launches. Pre-orders be available via the Epic Games Store, Humble Store, GameStop, Green Man Gaming, and other online retailers on October 23. Oh, and don’t worry, RDR2 will be available via Steam as of December – no word yet on when Steam pre-orders will go live. Excited to give the PC version a spin now that you’ve seen it in action?