Record Square Format Videos on iPhone with These Apps 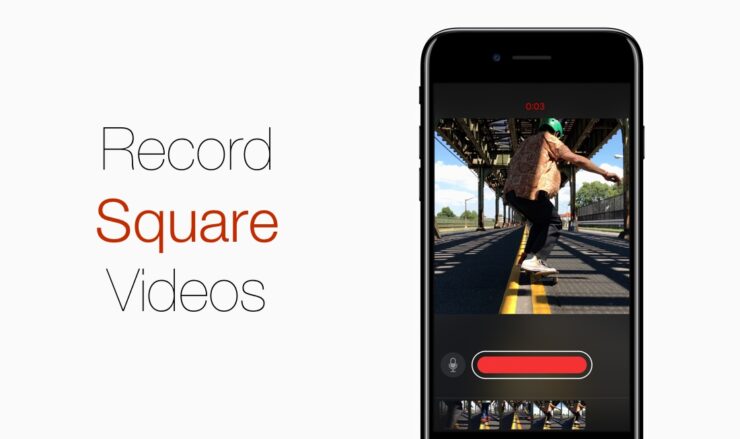 Want to record square format videos on your iPhone? Here's how you can using these apps from the App Store.

Recording videos in a wide format is good and all but it has its obvious disadvantages. For instance, if you are going to shoot video holding your phone in portrait mode, then it means you are going to end up sharing an abomination on social media. For these moments where you want things to be quick and snappy, recording square format videos is the way to go. This is something which many people are adopting, even Apple, at some level. And if you want to do so on your iPhone as well, then here are the apps which you can utilize to shoot videos in the square format.

Apple's very own Clips app shoots square videos by default. It's fun to use, and gets the job done regardless of the situation. Apart from that, there are a few extra features under the hood as well which might pique your interest. Such as the ability to add live titles and whatnot. Give it a spin and you won't be disappointed at all.

After Vine was completely shuttered down, the service's app was rebranded to Vine Camera. The app lets you shoot quick 6-second videos in square format. Thought it's limited in a lot of ways, but it gets the job done if you find creative ways on how to use it.

Instagram allows you to shoot videos in the square format but there's one catch. See, while a copy of the video will be saved to your device's camera roll, but you have to upload the recorded video to Instagram itself. You just can't record videos from Instagram just for the sake of saving it on your iPhone's gallery only. If you are fine with that then give Instagram a download today.

If you've already shot a video and want to bring it into the square format then Crop Video to Square is your best bet. It's absolutely free, and works exactly as advertised. It's a powerful little video editing tool as well, allowing you to shape up your videos just the way you want them to be.

If you are seeking for a personal recommendation, then I would suggest going for Apple's very own Clips app. Apart from being a simple video recorder, you can do a lot of cool stuff on the fly with it. However, it's totally up to you which app you want to use on a daily basis.

It would be great if Apple allows the user to record square format videos straight from the Camera app itself. Who knows such a thing might actually happen with the release of iOS 11.