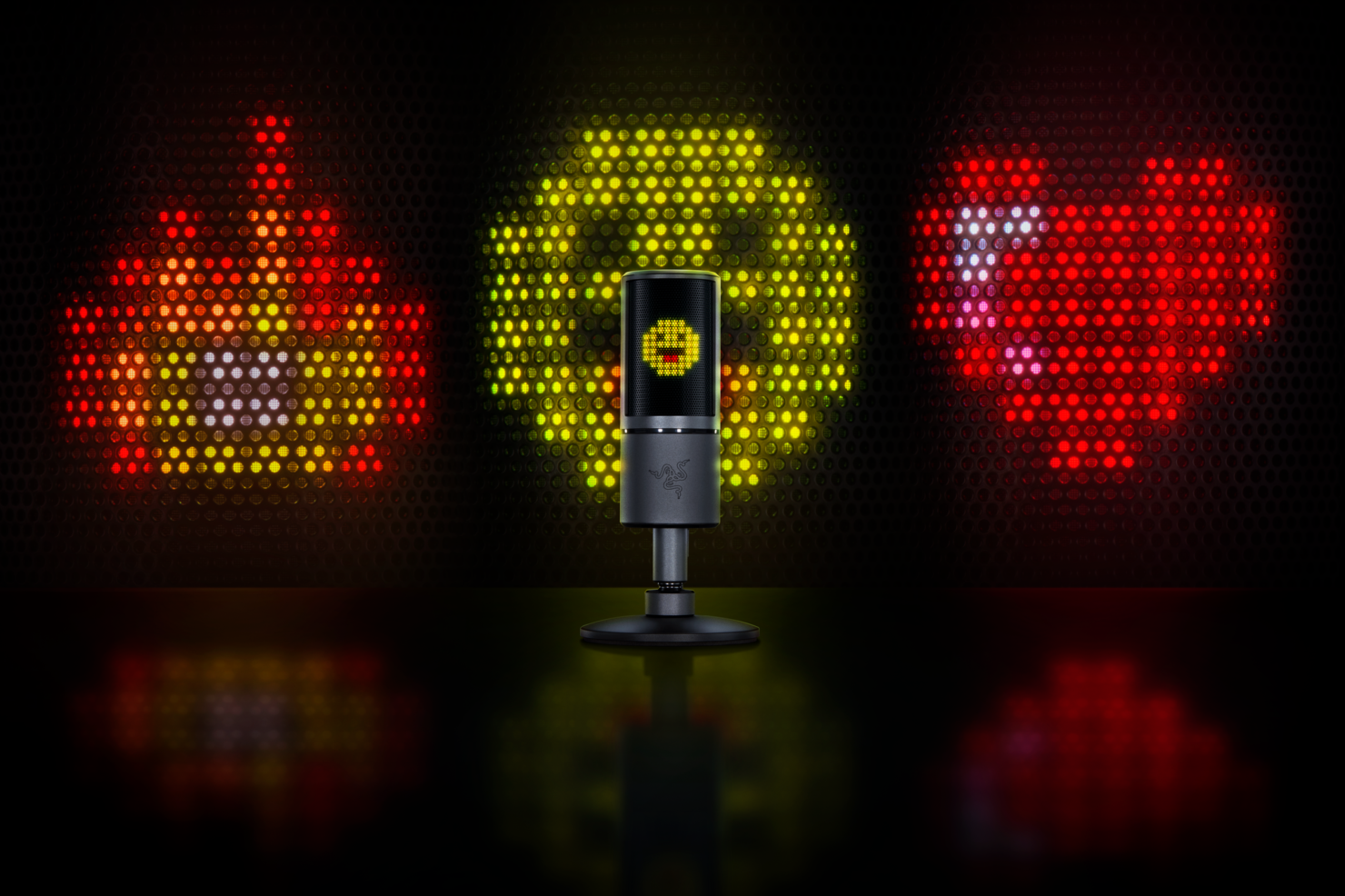 Interactivity between streamers and their audience is paramount to success.  I'm sure there are other factors as well, but feedback in both directions is a very very big part of that and the Razer Seiren Emote is attempting to increase this interactivity in a new and different way by embedding an 8x8 pixel grid into camera side of their Seiren cardioid microphone.   I get it, this sounds weird and if you're thinking 'why?' then this simply might not be a product for you, but if you're a streamer or wanting to become a streamer and are getting things together then Razer makes a case for a unique product like this one.

Emotes (even though I hate that term) is a huge part of streaming platforms and a way that the audience can react quickly to on-screen actions and more without pounding out a string of characters.  But it's been limited to the chat window only until now.  Think of this: You, as a streamer, want to incorporate the audience into your stream so that they have some input that causes changes to your environment, other than sending you food, then the full integration that the Seiren Emote can help with that.  You can set up the software to actually display emotes from the chat that will be seen on screen by everyone as well as cause effects to go off with lighting if you're using Philips Hue set up in your camera space. It's a pretty niche, but interesting way of offering something new for the streamers out there.

It features a cardioid microphone that is designed to pick up from the streamer side and not the monitor side, a built-in shock mount, as well as an extendable gooseneck stand.  You can remove the stand and put it on a traditional mic arm and shock mount if you wish.

ABOUT THE RAZER SEIREN EMOTE