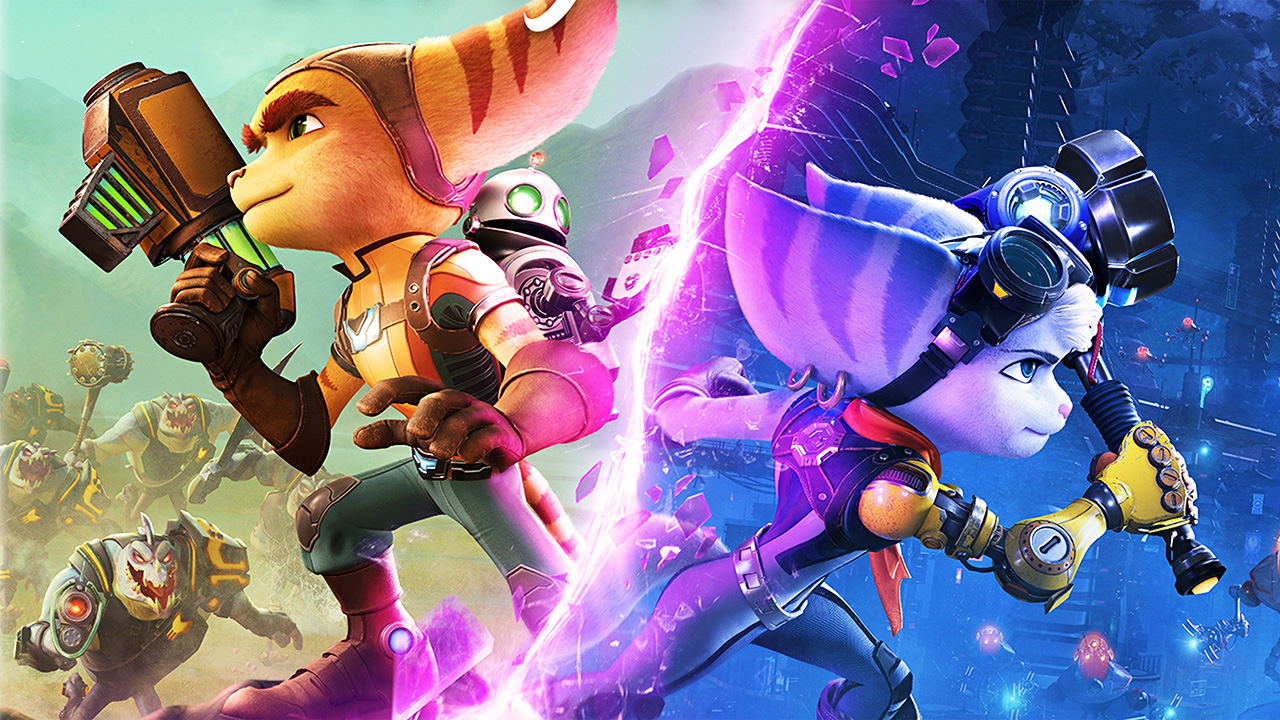 Of course, Ratchet & Clank: Rift Apart will offer the usual array of pre-order bonuses and a Digital Deluxe edition. Everyone who pre-orders will get the Carbonox armor set, which first appeared in 2003’s R&C: Going Commando and the Pixelizer weapon. All launch physical copies of Rift Apart will also include the pre-order goodies. 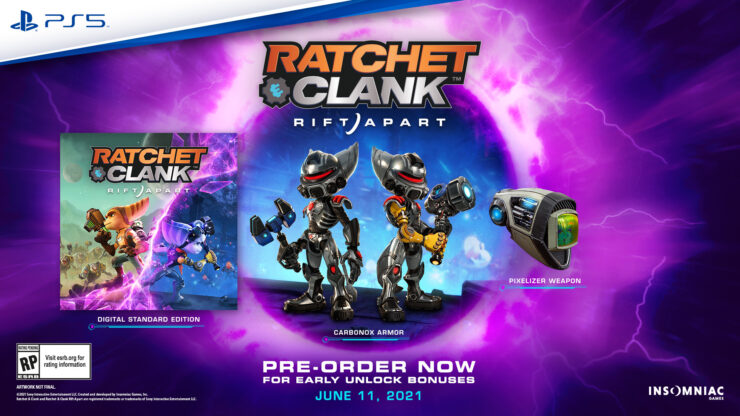 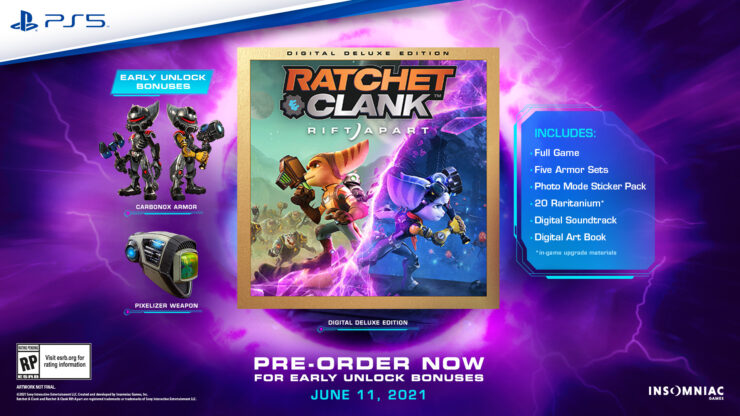 Haven’t been keeping up with Ratchet & Clank: Rift Apart? The game makes unique use of the PS5’s speedy SSD, by allowing our heroes to instantly jump through rifts to new areas within levels or even totally new locations. A few new hints about the game’s story have also been revealed…

Ratchet & Clank: Rift Apart is a brand-new full-length adventure. When the evil Dr. Nefarious uses a device that can access alternate dimensions to find a galaxy where he always wins, Ratchet and Clank are separated. As they try to reunite, they will meet a new Lombax resistance fighter, explore new and familiar locales (but with new dimensional twists!), and wield a new arsenal of weapons. If you’ve never played a Ratchet & Clank game before, this is an excellent one to start with as the adventure is a stand-alone storyline, but longtime fans of the series will find deeper layers of connection to previous games.

Ratchet & Clank: Rift Apart jumps onto PS5 on June 11. What do you think? Looking forward to Insomniac’s latest Lombax adventure?