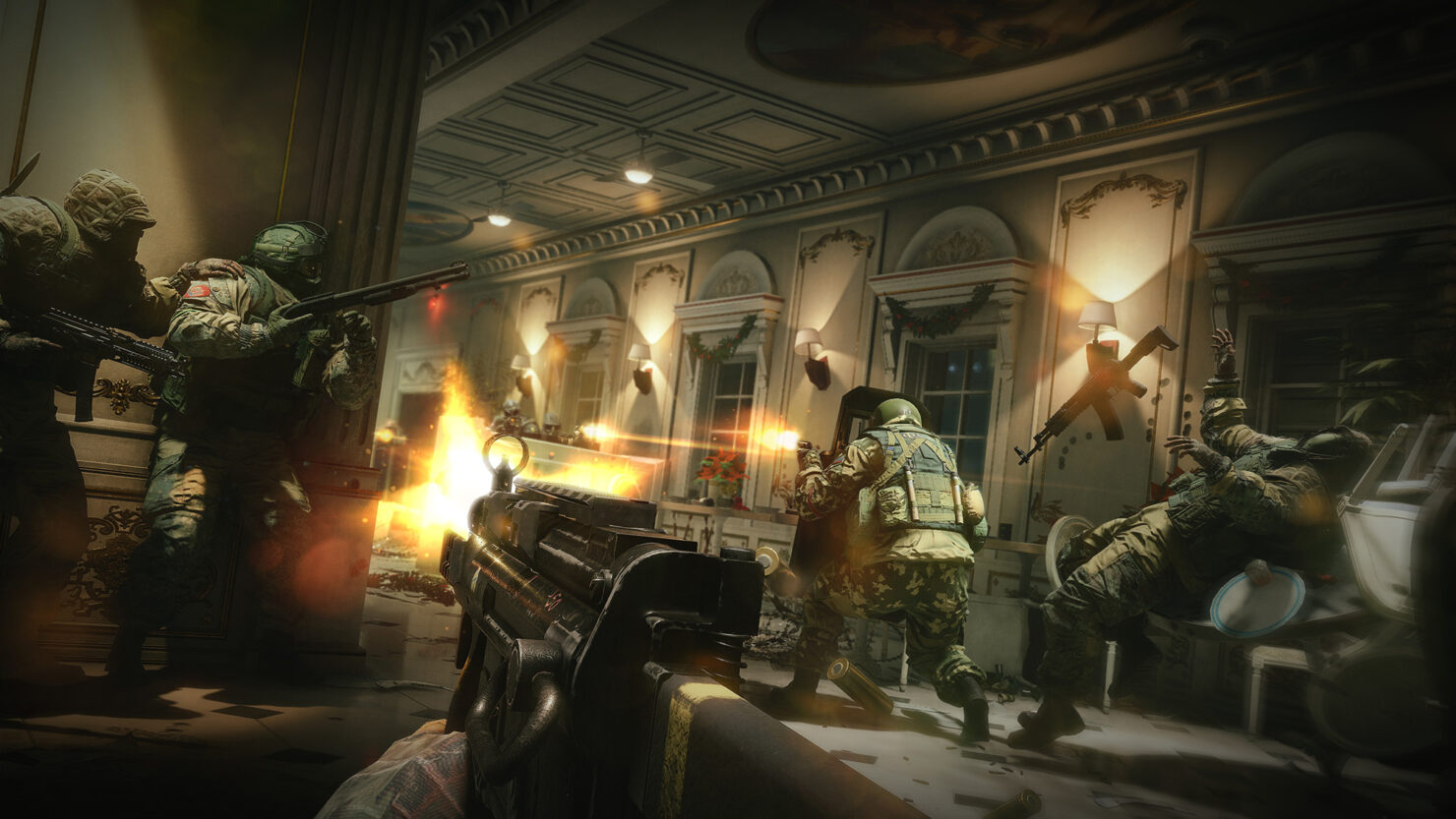 Ubisoft Montreal announced that Update 5.3 for Rainbow Six: Siege will go live today. This patch is mainly focused on crushing a ton of annoying bugs.

The tactical first-person shooter will get lots of additional content throughout the year; players can already purchase the Year 2 Season Pass.

We have added a Pause button to the UI that will allow the host of a Player-hosted custom games to pause the match during the Operator Selection phase.

To utilize this functionality, the host will need to press [End]/[Start+DPAD UP] to stop the timer. Press the button again to resume the timer.

Gameplay
Fixed – Barricade pieces remain stuck in place if hit from a perpendicular angle.
Fixed – In rare instances, a drone is able to use a dead Attacker’s shield to move the Defuser.
Fixed – When deploying a reinforced wall, it is possible to pass through the reinforcement.
Fixed – Muzzle brake also hides the flash for side arms.
Fixed – When a shield user goes prone while attempting to use an Observational tool (drone), the shield will stay equipped while prone.
Fixed – In some cases, clipping would cause an Operator's shield to disappear. This would allow the Operator to be shot through their shield.

Operator
IQ
Fixed – Dropping from any height while holding a breaching charge will make her sidearm invisible.

Tachanka
Fixed – Shotgun pellet impacts do not remain on Tachanka’s LMG Shield.
Fixed – After destroying the LMG Shield, it will reappear for a few frames.

Hibana
Fixed – Getting kills with Hibana will not count towards and SAT Weekly Challenge.

Frost
Fixed – When a trap is placed on an elevated surface, it will trigger even without vaulting onto it.

Blackbeard
Fixed – Corrupted animation when equipping a second rifle shield after the first was destroyed.

Twitch
Fixed – Sound effects from her Shock Drone’s taser does not propagate as intended.

Jager
Fixed – In some instances, Jager’s Magpie devices do not react to Hibana’s pellets.

Kapkan
Fixed – Player’s controller will not vibrate when killed by an EDD.

Game Mode
Bomb
Fixed – Players are unable to see who has the Defuser, drop it, or pick it up on Favelas.

Hostage
Fixed – Hostage is not able to be revived if the Hostage goes DBNO and clips with the Kitchen Table.

Tactical Realism
Fixed – Operators with “launcher gadgets” (Hibana and Ash) do not have feedback when reloading.

Spectator Camera
Fixed – When a spectator joins a match in progress, they will not be able to see Tachanka’s LMG Shield.
Fixed – Following a player outside, they player can sometimes become invisible to the Spectator.

Kafe Dostoyevsky
Fixed – Users remain stuck in a vaulting animation after vaulting through the 2F Back Stairs window.

Kanal
Fixed – Operators are able to vault through wooden panels and clip inside of a wall.