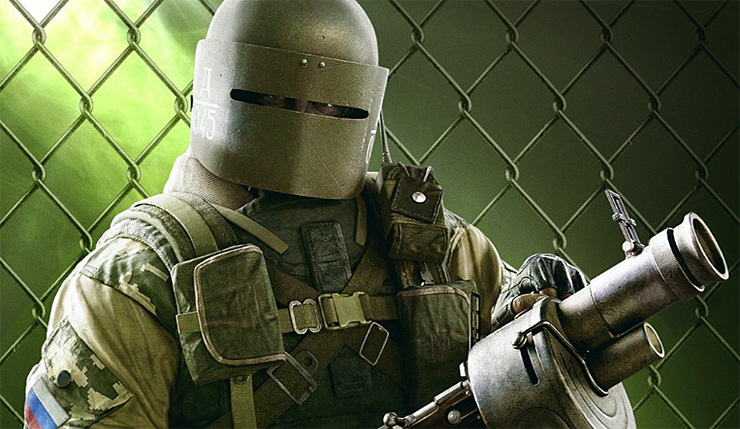 All Rainbow Six Siege fans have their own opinions about who the game’s best operators are, but there’s a pretty solid consensus on who the worst one is – poor old Tachanka. For those unfamiliar, Tachanka can plant a big, powerful turret gun, but doing so removes his ability to move, which is kind of a major drawback in a fast, tactical game like Siege.

That said, Tachanka’s infamous lousiness has made him an odd fan-favorite of sorts, with players referring to him as “Our Lord” and creating various memes and art in the useless one’s honor. Despite that, Ubisoft has been promising a Tachanka rework for ages, and, well, it’s finally arrived! You can check out the new and hopefully improved Tachanka in action, below.

Basically, Tachanka can now actually move around with his turret gun, fixing his most glaring flaw. He’s also getting a new grenade launcher. Will Tachanka actually be good now? Or just less awful? I suppose we’ll have to wait and see how players react. Here’s the official rundown of Tachanka’s new abilities:

Tachanka, a legend among Rainbow Six Siege Operators, will soon pack an incendiary grenade launcher and take his formerly turret-bound LMG on the go as a part of a new competitive rework. Watch how effortlessly his DP-27 LMG shreds walls to create rotation holes and how quickly his Shumikha Launcher shuts down entry points with fiery blockades as the Ubisoft News team details the changes in the works for this low-speed, high-armor Operator.

Rainbow Six Siege is available now on PC, Xbox One, and PS4. A next-gen Xbox Series X/S and PS5 version is also in the works. The Tachanka rework will be available on PC test servers tomorrow (October 8) and will likely be available to everyone approximately two or three weeks later.