Rainbow Six Siege PC has received an update, which is available now. Patch 1.2 will be available for both the PS4 and Xbox One on January 14. 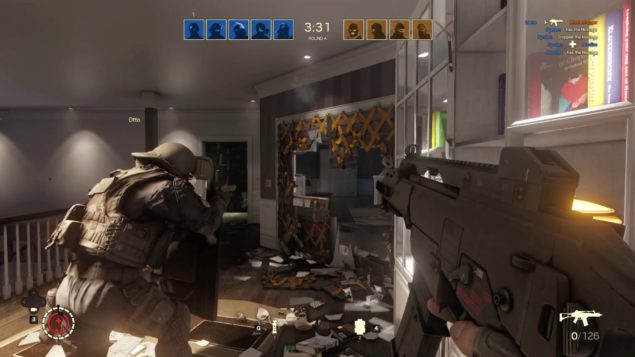 According Ubisoft, the patch is released on PC first “because of the faster deployment process, in order to test the impact the fixes have and adjust if needed”.

Most important tweaks and improvements, include hit registration improvements, and data center selection for PC. On top of that, the update improves matchmaking. For the full patch notes, check out the details below.

Updated the server tick rate for all PC users, coming soon to consoles

With the goal of improving positioning and shooting replication, we had deployed a first update on PC in which the player position update rate is set to 60 times per second (vs. the previous 30). This change however has been done in an intermittent fashion and in certain regions only, as we were testing various configurations. We are now satisfied with its state so we are now deploying this update to all PC users. As soon as this feature has been validated with this more massive test on PC, we will be deploying this update on consoles as soon as possible.

PC users can change their default data centers in the Rainbow Six game settings file (gamesettings.ini), which is usually located in the ‘My Documents\My Games\your Uplay ID’ folder. Change the DataCenterHint value from ‘default’ to the region’s short name that you wish to have as your default data center. The available region short names can be found just above the DataCenterHint line.

Note that we are planning to eventually expose this in the in-game UI for all platforms and this PC-exclusive feature is only a first step.

Improved accuracy of the estimated waiting time while in lobby.

Please be aware that this is not an exhaustive list and that we are only highlighting fixes that were done about the most commonly raised community bugs.

Ranked matches HUD synch with Casual update has been applied (read: playlist changes from this post).

Did some fixes on an issue in which players would get stuck when walking, running or at the end of a rappel. The player could do other actions and rotate but couldn’t move. Some situations still cause this bug. It is a work in progress.

Kanal: fixed a bug in which the red blocker wall was not present on a window in the holding room for Defenders and allowed them to exit their zone during the preparation phase.

Some lighting issues on maps have been fixed.

Some minor collision issues have been fixed on House, Clubhouse, Kanal and Russian Café.

XB1: Fixed a bug in which the game did not exhibit any audio whilst the player had any app snapped.

The Season Passes temporary activation for everyone for issue identification purposes has now ended, see this post for more details.

Fixed a bug in which the Tier 5 faded skin for the FBI’s 5.7 USG pistol didn’t unlock even after purchasing it.