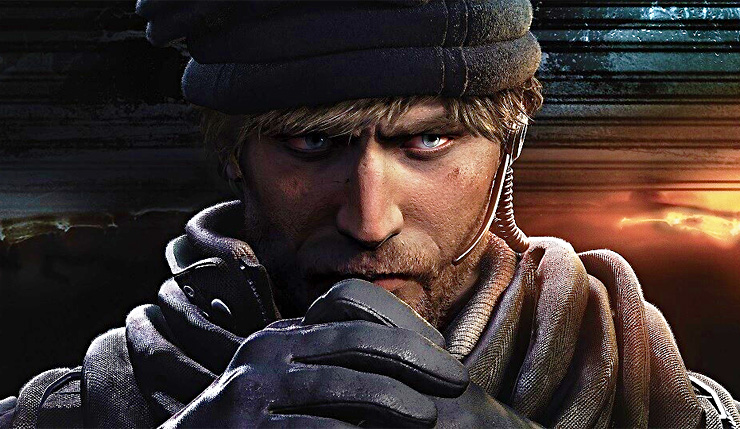 The next Rainbow Six Siege season, Operation Grim Sky, doesn’t launch until September, but Ubisoft is already making some significant tweaks to one of the update’s two new Operators based on test server feedback. It seems Maverick, who has the ability to cut through most hard surfaces with a blowtorch, is a bit overpowered, as the poor guy is being nerfed in a variety of ways – his torch now makes more noise, is less effective against barbed wire, and his smoke grenade has been replaced by a stun grenade. Grim Sky’s other new Operator, Clash, isn’t receiving any changes yet, but Ubisoft is monitoring her performance.

Here are the changes being made to Maverick:

Maverick is currently too good at removing the Defender’s Barbed Wire. It will now take half of a canister to destroy a single Barbed Wire (approximately 2 seconds). Shooting for 1 second will still reduce the health of Barbed Wire, so it will only take a single melee swing to destroy it afterwards.

Including a Smoke Grenade in Maverick’s kit gives him too much utility, and we will be swapping them out for Stun Grenades.

We agree with the feedback we have received regarding the amount of noise that Maverick’s gadget produces.

We cannot increase the “fuel cost” for breaching. We can reduce the overall ammo that they have though, but would like to wait for more data prior to making this change.

We would prefer to avoid reducing the range of the Blowtorch if at all possible. This is an extremely delicate aspect of his gadget, and will require months of work to adjust to ensure the gadget still works properly in all situations. If this is absolutely necessary, we will discuss it further down the line, but this will be a last resort adjustment.

This latest balance update also tweaks a number of other Operators, and makes some changes to shotgun and machine pistol recoil:

With the change to how our game handles non-binary hatch destruction, multiple X-KAIROS pellets are required to destroy a hatch. In order to prevent issues from 1-2 pellets not landing properly on the hatch and requiring a second volley of pellets, we have reduced the total number required.

Zofia currently has too much utility, which leads to her being able to burn the Defender’s ADS too easily, or take a room without much of a contest. This adjustment will require her to be more thoughtful about when and where she chooses to use her concussion grenades.

Originally, we had a bug that prevented Glaz from being able to destroy Castle’s Armored Panels. As this makes sense, and is a positive way of adjusting both Operators, we have decided not to fix it. The next step of this interaction will be to prevent Glaz from shooting through the Armored Panel. We are not able to deliver that with Y3S3.0, but it is likely coming with the Y3S3.2 patch.

Shotgun recoil is not working as intended. We are working on a fix, but will not have it ready by the release of Grim Sky. It will likely come at some point during the Season.

Rainbow Six Siege Operation Grim Sky includes two new Operators, updates for the Hereford Base and Consulate maps, and more. You can more details on the update, right here.

Rainbow Six Siege is available on PC, Xbox One, and PS4. Operation Grim Sky is currently limited to test servers, with full launch scheduled for some time in September.