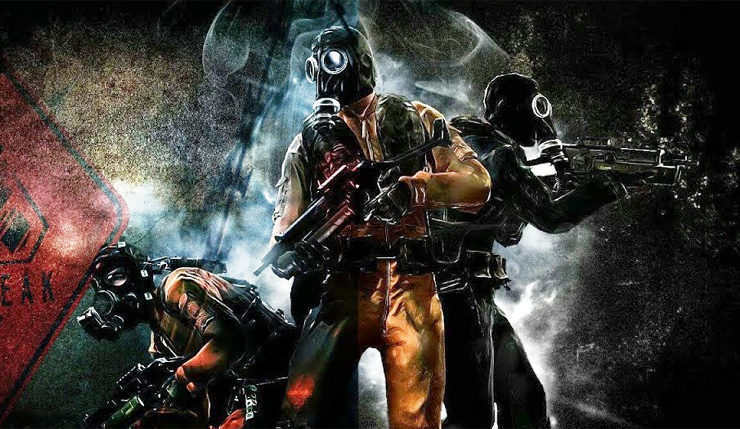 Ubisoft is not good at keeping secrets, and as we head into E3 2019, a whole host of new rumors have begun circulating. The biggest news, which comes courtesy of the trustworthy Jason Schreier on Kotaku’s Splitscreen podcast, is that a new Rainbow Six game is on the way. The game, called Rainbow Six Quarantine, is reportedly a co-op PvE experience, which pits players against an alien threat. Interestingly, this game is said to have begun as Pioneer, the space exploration game first teased in Watch Dogs 2. I’m not sure how you go from non-violent sci-fi game to Rainbow Six shooter, but if Ubisoft can Tom Clancy something up, they will. Twitter user Nibel, who’s also been a reliable source of inside info in the past, backs up the Rainbow Six Quarantine rumors.

Update: Rainbow Six Quarantine is a co-op PVE shooter that will be announced at Ubisoft's E3 2019

While no insider has said this specifically, there’s speculation Rainbow Six Quarantine may be a follow up to Rainbow Six Siege’s alien-themed Outbreak event from last year. Ubisoft likes to maintain links between all their Tom Clancy stuff, so that would certainly make sense.

In other Ubisoft news, the publisher is reportedly preparing to announce another smaller-scale project at E3. Codenamed “Orpheus,” this game is said to a light RPG with Zelda: Breath of the Wild-style visuals.

Apologies, folks, I misspoke on this week's Splitscreen E3 extravaganza - the rumored Orpheus project I mentioned is a small-scoped RPG, not an action-adventure. The Breath of the Wild comparison is art style, not gameplay!

While the Rainbow Six and RPG rumors are exciting, there’s also some bad news. Despite persistent teasing and rumors to the contrary, Schreier had this to say about the chances of a new Splinter Cell being announced…

That’s certainly disappointing, although perhaps Ubisoft is just covering their tracks? Don’t get your hopes up Splinter Cell fans, but I still think there’s a faint chance we get a surprise announcement at E3. At the very least, maybe a quick teaser and promise that they’re starting work on something.

What are your thoughts on the new Ubisoft rumors? Excited for a new Rainbow Six experience? Personally, I’m curious about the new Zelda-styled RPG.