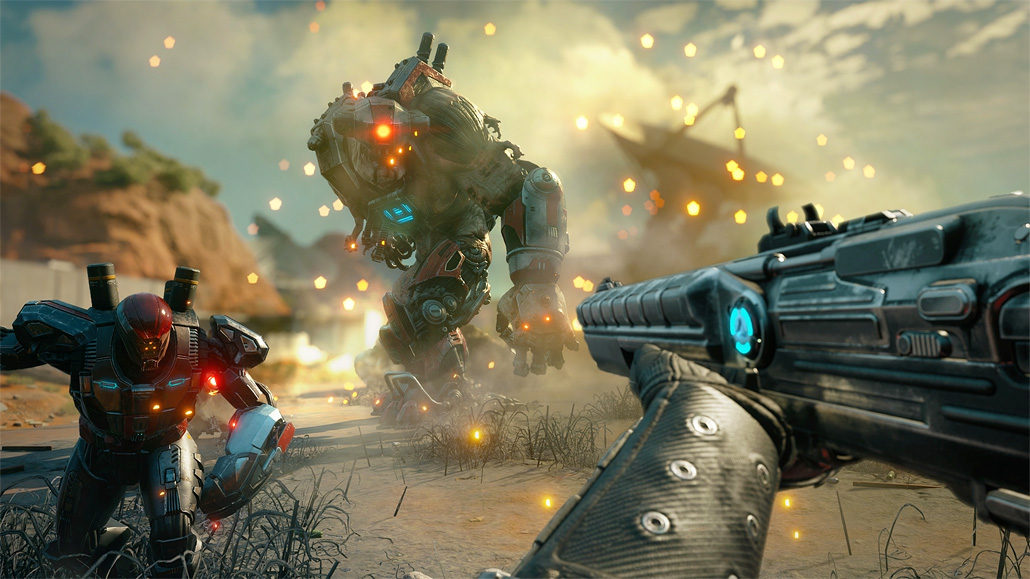 RAGE 2 update 2 will arrive next week on July 25 and will add a New Game + Mode, Ironman Mode and Ultra-Nightmare difficulty.

Bethesda announced the arrival of the new patch through its official RAGE 2 Twitter account. In addition to the above mentioned new additions, the 2nd RAGE 2 update will offer various fixes, quality-of-life improvement and more.

Plus fixes and quality of life improvements, such as an added flashlight, skippable Ark tutorials, and more! ? pic.twitter.com/xQsAOFCb1F

Developed by Avalanche Studios and id Software, RAGE 2 was released back in May of this year for PC, Xbox One and PlayStation 4. The game’s first major update was released last month.

"An asteroid has annihilated 80% of the earth’s population, and humanity’s numbers are dwindling", the game's description reads. "Ruthless and bloodthirsty gangs roam the open roads and the tyrannical Authority seek to rule with an iron fist. As Walker, the last Ranger of the wasteland and a threat to their power, you have been robbed of your home and left for dead. Now you’ll have to rage for justice and freedom. With ludicrous vehicle combat, super-powered first-person mayhem, and an open world full of emergent madness, you will tear across an unforgiving wasteland battling sadistic gangs to find the tools and tech needed to crush the oppressive rule of The Authority once and for all."