This week, Russian enthusiasts Smoke and Atheros have managed to overclock AMD's Radeon R9 290X. The core frequency on the card was pushed to 1575 MHz. The R9 290X has a stock frequency of 1000 Mhz and is based on Hawaii. It is coupled with 2816 stream processors and also has 4 GB of GDDR5. 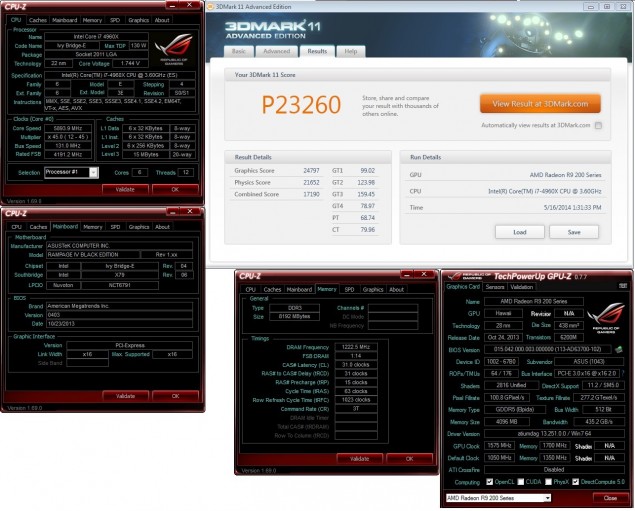 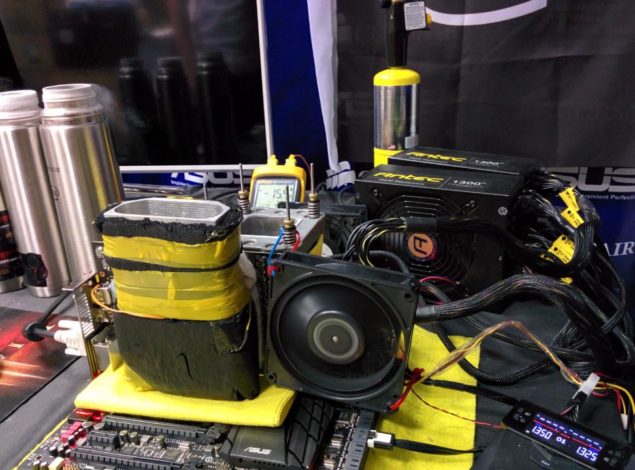 The operating system used by Smoke and Atheros was 64 bit Windows 7. The motherboard was ASUS's Rampage 4 Black Edition with standard stock cooling. Four modules of G Skill's DDR3 SDRAM were used. Total memory used was 8192 MB (2048x4), with core frequencies of 800 MHz. This was clocked to 1,222 MHz. Timings on the RAM were CL8 12-8-27 1T. The results achieved received a mixed response on the hwbot site. Some were impressed with a good response, while others expected more.