C-V2X interference with WiFi, rollout in China vs the U.S. and Qualcomm's patent edge over competitors 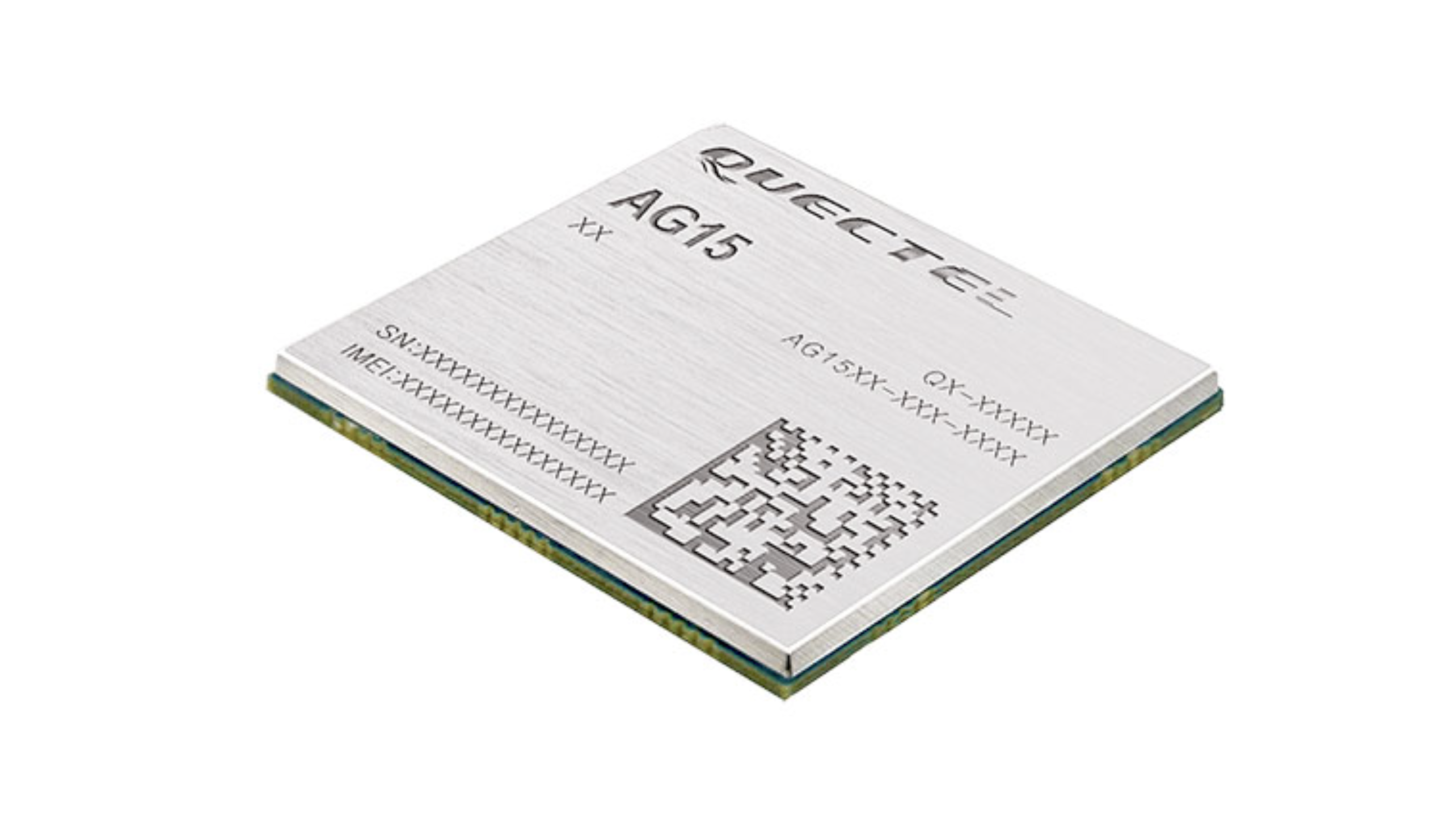 So the Alliance of Automotive innovation in its latest meeting with the FCC has stated the Commission is outside its scope of authority for reallocating 60% of the 5.9GHz spectrum that was originally reserved for automotive safety for unlicensed users. Now that they have made these statements, do you have any comments on this entire affair?

Dean: "Okay so first off there’s nothing new in that filing. That’s a position that that group has taken all along. Nothing at all new about that. The difference here is that they don’t want any changes being made, they would be happy if the FCC just kept the rules the way they are. Those of us on the C-V2X side would not be happy with that. Because the current FCC rules do not allow us to deploy C-V2X. The current FCC rules were adopted in 1999.  No fault of anyone, in 1999 no one could have foreseen that C-V2X would be invented in the 21st century right. So instead what happened is that the FCC adopted rules that mandate that the only technology that can be deployed on the spectrum is DSRC.

Okay well, in fact since then DSRC largely has not been deployed but our problem is from C-V2X’s point of view is we need those rules to be changed to allow C-V2X to be deployed on the spectrum. So it’s not okay from our perspective for the FCC to do nothing about 5.9GHz. We need FCC action, and we need that action as soon as possible in order to allow C-V2X to be deployed and of course, the draft ruling dose that. Our quibble with the draft ruling, our issue with the draft ruling one of them is that it doesn’t allow C-V2X to be deployed on the spectrum immediately. So you know our difference is, you don’t see us making files saying the FCC lacks authority or the FCC needs to slow down because we need FCC action. We need FCC action now in order to let us using the spectrum immediately."

Dean: "We have two main concerns. One is what you alluded to which is that we want C-V2X to be able to use the spectrum the upper 30MHz immediately. We need to do that to bring the benefit of C-V2X to the American public absolutely as soon as possible. Instead, in the ruling, it’s unclear when exactly we would be able to use the spectrum. We would like to see the spectrum go into use for C-V2X immediately so that the regulatory issue is over. But then the second set of concerns that we have are the ones that we’ve been discussing here is ensuring there is no interference. You know, ensuring that there’s sufficient protections for C-V2X from interference from WiFi.

Qualcomm undertook a large scale interoperability test in China last week. Building on this, can you compare the enthusiasm in China for C-V2X to that in the U.S. and in Europe? I know that Qualcomm’s got several European partners on board as well, so how would you say enthusiasm in the three major regions of the world contrasts with each other?

So you know as I said we’re hopeful, we’re very excited that C-V2X will be rolled out in China in the next…within a matter of a couple of months here, if not before. So that’s very exciting development for Qualcomm. We’ve worked for a long time now with many of the automotive manufacturers who sell cars in China. So there will be cars that are sold in China with Qualcomm chips for C-V2X in the very near future and we’re obviously you know extraordinarily excited about that. So that’s one point." 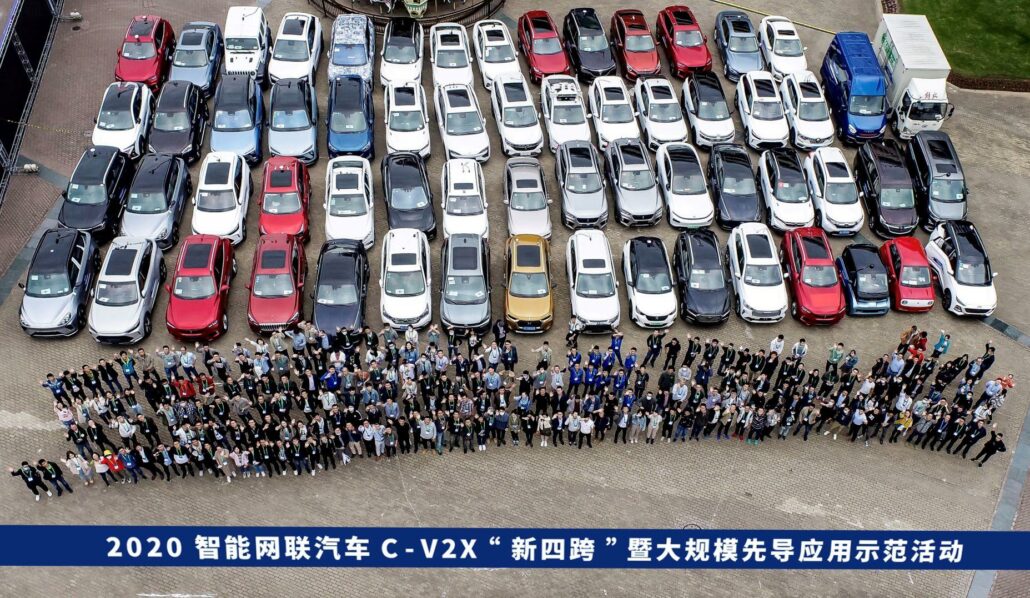 "Second point is, actually believe it or not, in China they are using the upper 20MHz for C-V2X of the 5.9GHz band. That matches up perfectly, it’s the same 20MHz that’s part of the 30MHz that the FCC is allocating here for C-V2X in the United States. So when you’re rolling out a new technology harmonization of the spectrum, having the spectrum be allocated similarly around the world is very helpful, it reduces costs, it allows economies of scale to be achieved.  So you know the fact that the United States is on the cusp here of allocating the upper 30 and the upper 30 matches up with the 20 that China is using is a very very positive development for C-V2X. The harmonization means that we can keep the costs down. So it’s always harmonization in the spectrum is a very very good thing for us and for consumers.

In terms of the comparison that’s one of the things that we have been saying to the FCC. Hey please please please let’s get going with allocating the spectrum in the United States because the spectrum as been allocated in China and C-V2X has been rolling out in China. So you know, in Qualcomm, we’re a global company so we want everyone to be using the best wireless communications technology, the technology that we invent. We want the technology to proliferate as quickly as possible and as broadly as possible around the world. So I don’t say this in a xenophobic way, quite the opposite. We want to see the whole world have the benefits of C-V2X and not just one region or one country and so you know we think that one more reason we’ve been urging the FCC to allocate spectrum for C-V2X and to give access to that spectrum immediately rather than at some indefinite time in the future.

In terms of, you know so I’m don’t view it as sort of a comparison like you one region is ahead of another region because you know these, it’s a race, these races are not a sprint. We’re working on subsequent versions of C-V2X already so the fact that China is deploying  C-V2X commercially before the United States that’s great for China, we want the United State to deploy absolutely as quickly as possible too. You know that process of different countries and different regions for applying new technologies on their own timetables one that obviously we work with all the time and we just want everyone’s timetable as accelerated as possible. Again not just because it’s a good thing for Qualcomm, but because it’s a good thing for consumers all around the world that’s going to make things safe. It’s going to bring the safety benefits to as many people as possible and as quickly as possible."

Given that in the telecommunications sector especially, a lead in patents almost always determines which company dominates the market, how would you describe Qualcomm’s patents for C-V2X when compared to others such as those from AutoTalks, Datang and Huawei?

Dean: "Yeah so you know dominate the market that’s not a characterization that I would ever use [laughs]. You know the chipset market whether it’s for phones, for tablets for computers or for cars it's extraordinarily competitive. There are global competitors in every different aspect of the provision of chips. Low end, middle end, high end, smartphones, tablets, IoT devices, cars, in every one of those different markets there’s intense hyper-competition. We welcome that at Qualcomm. We thrive on it. We are known for our ability to both work with other vendors because we have to that, we have to have our chips in so many different manufacturers’ equipment. And also we absolutely feel good about competing with other folks. We respect all those companies that you mentioned. That we have very complex relationships with many companies around the world. Sometimes there might be a company who we may compete with in certain areas but that we are partners with in other respects and we are collaborators with in other respects. So, we, you know I would say we absolutely welcome competition, we respect all companies you mentioned and you know we’re happy to see how markets play out."

Okay, well that’s it from my end. Thank you for taking out your time.

Dean: "Okay no my pleasure. I enjoyed it very much. Those were outstanding questions."