Puyo Puyo Tetris Coming to the West For PS4 and Switch 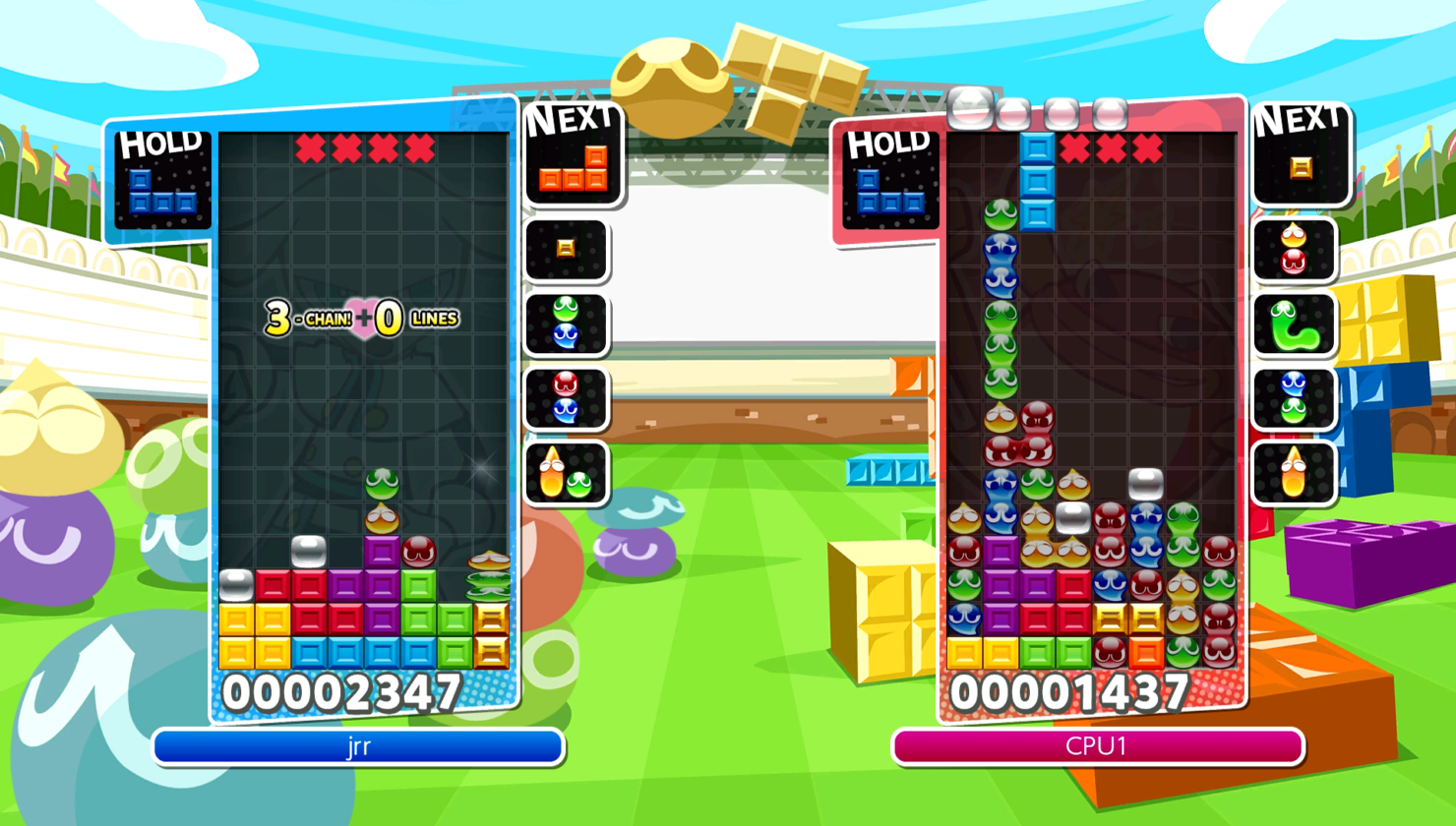 Puyo Puyo Tetris offers a full single-player with ten acts with characters from both Puyo Puyo and Tetris universes. The real fun comes in the game's numerous multiplayer modes. Here's what to expect according to their YouTube video description.

The Solo Arcade has a few modes for those who can't get any friends together: