Psionic Warfare: Total Destruction – A Mod That Turns Starcraft 2 Into A Shooter

Have you ever wanted to run around in the Starcraft universe as a Terran marine and shoot countless of Zerg in a third-person perspective? Well now you can, a couple of modders have actually turned Starcraft 2 into a arena-shooter. Psionic Warfare: Total Destruction is a total-conversion mod of the Real-time strategy game Starcraft 2, in which you play one of the 5 playable classes in a third-person perspective trying to hold off waves and waves of incoming Zerg, what's even better is that the mod works in 4-player co-op. 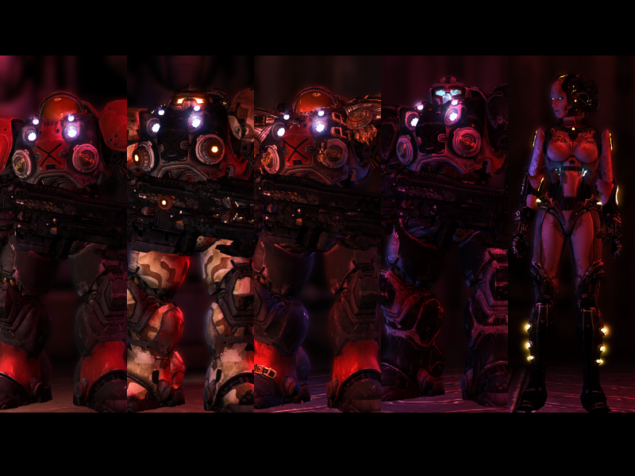 Shoot Zerg In The Face With A New Perspective In The Starcraft 2 Mod - Psionic Warfare: Total Destruction

This mod looks great, and is most likely a whole heap of fun to play with 3 other friends in co-op. I've always wanted to play around in third-person in the Starcraft universe, and I remember how sad I was when Starcraft Ghost was canceled, not that Ghost was as fast-paced as this mod (Ghost was rumored to be a Starcraft version of Splinter Cell), but it was a third-person game in the Starcraft universe. The mod even has its own voice-acting, which is a nice little touch, and most of the models used are high polygon versions from Starcraft 2. Now then onwards to the trailer that has been released for the mod.

"Psi-Squad - an elite group of 4 dominion marines, which psionic capabilities where experimentally enhanced to great effect using the Xel´Naga artifact."

Psionic Warfare: Total Destruction is a bombastic, fast paced 4 player co-op arena survival third person shooter in which you have to make your stand against an entire zerg invasion - in midst of a true war.

All in all this mod looks quite fun and interesting and can be found on the Starcraft 2 Arcade, or you can grab the mod from this forum-thread, I'm probably going to convince some of my regular buddies to try it out with me later.