Sony’s upcoming PS5 DualShock 5 controller will also work on all PS4 models, if PlayStation France is to be believed.

The official PlayStation France website features a model comparison page that compares the individual PS4 models, including the original PS4, the PS4 Slim and PS4 Pro. While most of the details are publically known, the page also mentions that the upcoming DualShock 5 (DS5) controller for the PS5 will be compatible with all of the PS4 models.

Interesting to note is that the page mentions that the last update dates from January 19, 2017 – well before the official PS5 announcement. Weirdly enough, the PlayStation UK comparison page doesn’t mention compatibility with the DS5 controller. 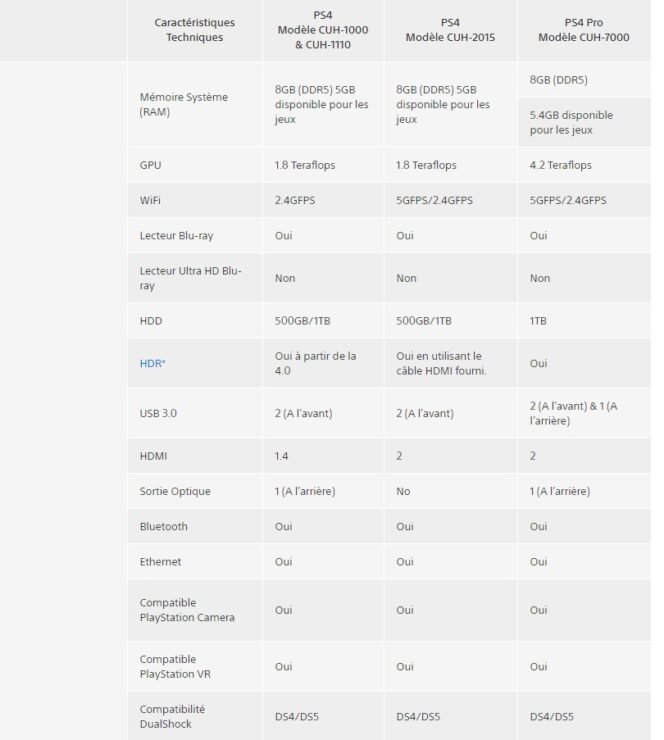 The DS5 controller being compatible with the PS4 models wouldn’t be too surprising as the DS4 controller can also be used on Sony’s PS3. Also, cross-hardware compatibility has been mentioned by several sources in the past months.

Due to the PlayStation UK website not mentioning compatibility and the update date of the PlayStation France comparison page being rather old, we could just be looking at a mistake, but we wouldn’t be surprised if the PS5’s DS5 controller will indeed work on your PS4 consoles.

The PlayStation 5 will launch during this year's holiday season. Recent reports suggest that Sony will fully unveil the console next month.