PS4/XB1 Adoption Rate Is Well Ahead of PS3/360 in the UK; Significant Further Hardware Sales Expected 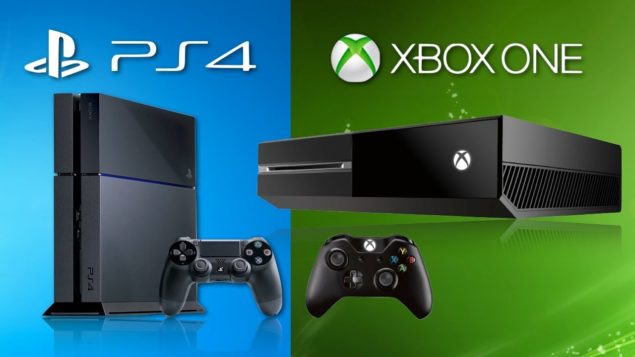 GAME Digital, one of the biggest retailers in the UK and Spain, posted today a presentation about its financial results for the first part of the year.

Among the many slides, possibly the most interesting one details the installed base estimates for PlayStation 4 and Xbox One in the United Kingdom when compared to their predecessors. According to GAME, the current generation is well ahead with a combined 5.1 million units sold versus 3.5 million for PlayStation 3 and Xbox 360 and the same time. 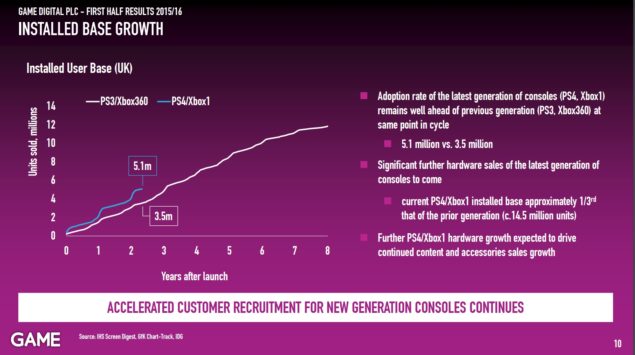 Furthermore, GAME expects significant further hardware sales as the current PS4/XB1 installed base is approximately just one third of the prior generation's final installed base. This hardware growth is also expected to drive sales growth for both content and accessories. 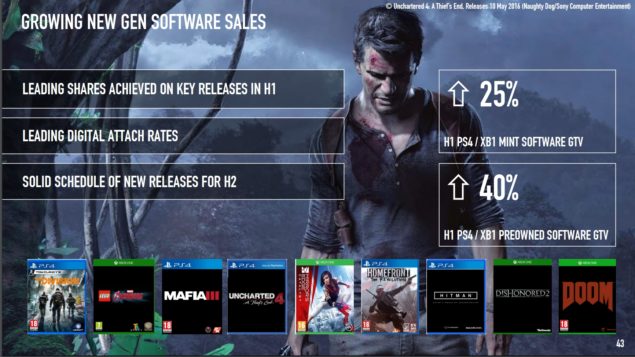 Other highlights are that GAME expects lower year on year results due to "challenging UK market dynamics", while they're seeing a strong performance in Spain. Finally, the company noted that consumer anticipation for PlayStation VR, Oculus Rift and HTC Vive is building and preparations for these launches are well developed.