Sony has been fairly passive in releasing new upgrades and features for its latest PlayStation 4 console through firmware updates, however, after listening to users’ feedback, it looks like the manufacturer is planning to cram the upcoming major PS4 firmware update 2.0, that is codenamed Masamune, with several new features such as Share Play, YouTube Support, and new selections that improve the basic UI of the console by adding new home screen enhancements and customization options. Sony recently shared lots of new screenshots and details about some of the upcoming features including dashboard customization, USB music player, content sorting and more. Take a look below. 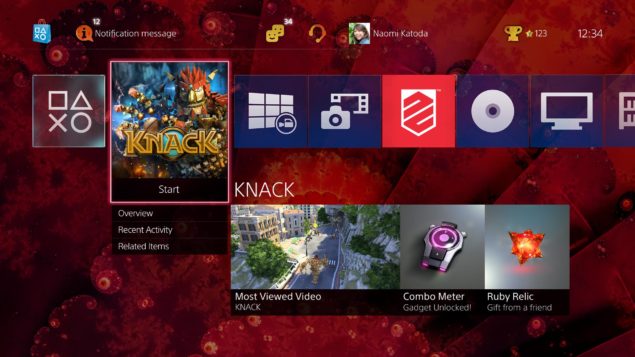 The list of features and upgrades that the upcoming highly anticipated PS4 firmware update 2.0 will come packed with is growing continuously with privileges that many users have asked for ever since the console’s launch last year. This time, Sony has announced some more new elements including further home screen selection and dashboard customization options as well as easier ways to sort and filter your game library contents on the console. In addition to the ability to add a new theme, players will be able to change the background color of their console’s home screen from light blue to one of seven new colors.

Sony recently posted the details and screenshots of these new features on PlayStation Blog. Below is all the info that Sony shared with gamers. Let’s take a look at what new has the Japanese platform holder come up with.

Correction: Back Up Data, a feature listed in an earlier version of this post, is not part of PS4 system software 2.00.