This just might be it, folks! The first entry in the next generation of consoles just might be unveiled in three weeks.  On February 20th, Sony will hold a "special event," and it's not confirmed what it will be about. Although, one could speculate that it is indeed about the PlayStation 4. 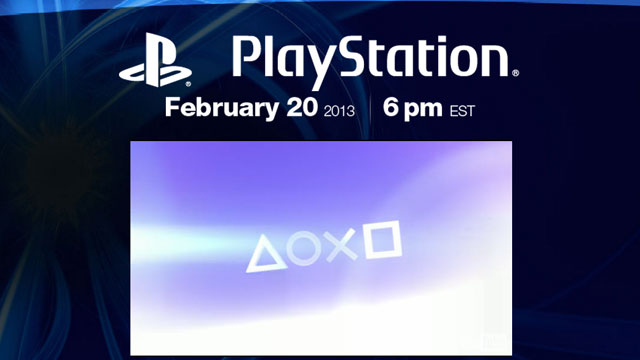 Can't wait, can you?

The tagline, "see the future," kind of really suggests at the PS4 but it might be something else entirely. An optimistic me would say that Kaz Hirai will come up to the stage and tell us the confirmed release date for The Last Guardian and Final Fantasy Versus XIII, but that's just a fool's hope. So it most probably will be the PS4.

This announcement will go against Kaz Hirai's earlier statement which said, "Why go first, when your competitors can look at your specifications and come up with something better?" Unless Sony changed their game plan in about 15 days, this could be something other than the PS4 announcement. Realistically, this could be about the whole PlayStation Store going to the PC and other devices, but only time will tell, so hold on to your horses until February 20th!