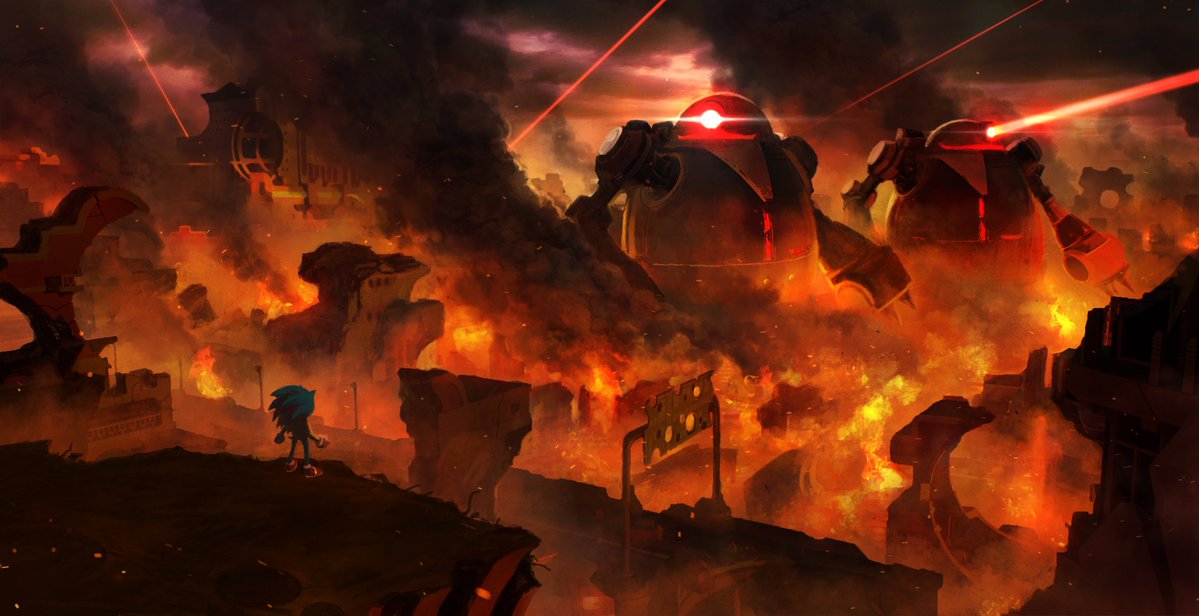 Last year, SEGA confirmed that two new games starring Sonic the Hedgehog, Sonic Mania and Project Sonic 2017, are in development for consoles and PC. A few hours ago, the Japanese publisher some new details on the two games, and sadly it's not all good news.

The game previously known as Project Sonic 2017 will be called Sonic Forces, and it will be the evolution of the Sonic Colors and Sonic Generations experience, with a third play style that has yet to revealed. Direct feed gameplay has also been released, and you can find it below.

Fans of the classic 2D games are eagerly anticipating Sonic Mania, but it seems like the wait will be longer than anticipated, as the game will release sometime this Summer, instead of Spring as previously revealed. Flying Battery Zone has also been revealed, and you can check out some gameplay footage below.

Earlier this year, SEGA confirmed that Sonic Mania will also release on Nintendo Switch, allowing owners of the new Nintendo console to enjoy the new 2D adventure of Sonic, Tails and Knuckles.

2D Sonic is back in an all-new adventure! Play as Sonic, Tails, & Knuckles as you race through all-new Zones and fully re-imagined classics, each filled with exciting surprises and powerful bosses. Harness Sonic’s new Drop Dash, Tails’ flight, and Knuckles’ climbing abilities to overcome the evil Dr. Eggman’s robots. Discover a myriad of never-before-seen hidden paths and secrets!

Sonic Mania and Sonic Forces launch this year in all regions on PC, PlayStation 4, Xbox One and Nintendo Switch. We will keep you updated on both games as soon as more comes in on them, so stay tuned for all the latest news.