The race for the device with top specifications keeps on continuing with manufacturers rushing to equip their devices with top specifications. But with things going in one direction, Google seems to be taking an entirely new approach towards smartphones. As the days past, more and more information has started to become available about the company's Project Ara, that will allow consumers to build their own devices, according to their own specifications and needs. 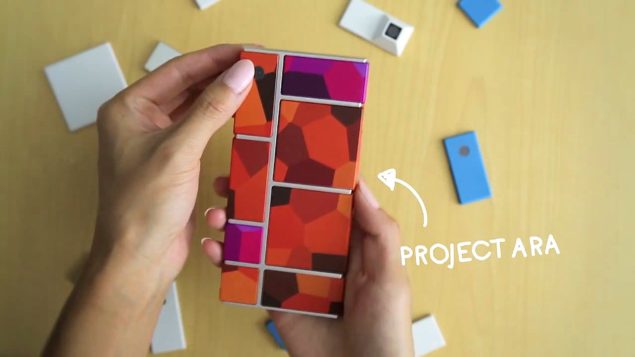 Google's Project Ara, is expected to feature interchangeable components that will allow consumers to pick what parts they want to equip their devices with, giving them unprecedented control over their devices. If the project bears fruition, then the way consumers perceive and interact with their devices can be very much expected to be changed forever.

The company has announced several updates for Project Ara today which are related primarily to the processor options that will be available for consumers. Google had announced a partnership with manufacturer Rockchip for a custom processor that would be used with devices made under Project Ara. Today two new processor options have been unveiled, that should be a cause of some excitement amongst users.

Alongside Rockchip's custom SoC for Ara, Marvell's PXA1928 will also be available for users assembling their device's with Google's ambitious project. However, the major announcement today is that Nvidia's Tegra K1 will also be an option included. This will undoubtedly provide Project Ara with much needed firepower and performance boost to help devices compete with major flagship devices out there. After all, the Tegra K1, with its 192 GPU cores is very well capable of delivering desktop grade graphics performance on mobile devices.

More information about Project Ara will be available next month when Google holds a Developers Conference. Sounds interesting so far. Stay tuned, we'll keep you updated.