Intel has announced a wide range of price cuts and changes in some of its processor models which come from different segments and platforms. The first change witnessed is in the Intel's newest SKU, the Core i7 970(Non-XE) six-core Processor which is clocked at 3.20Ghz and has a turbo speed of upto 3.43Ghz and is based on the 32Nm Gulftown die. The Processor was reported to be priced around 500~600$ but recent reports reveal that the price will be $885 which is $115 lesser than the the Core i7 980X Extreme Edition priced at a whooping 999$ tag. 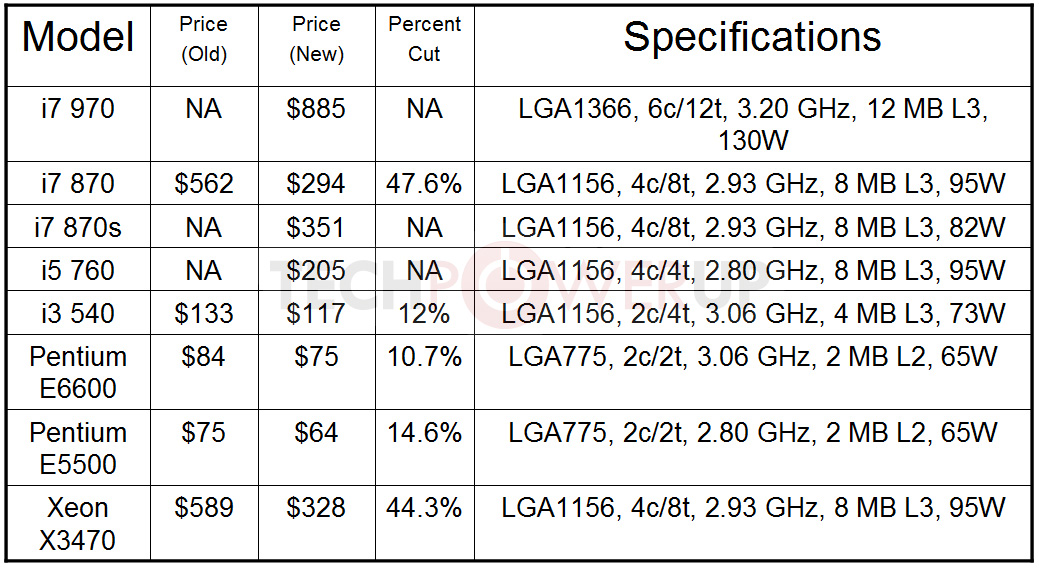