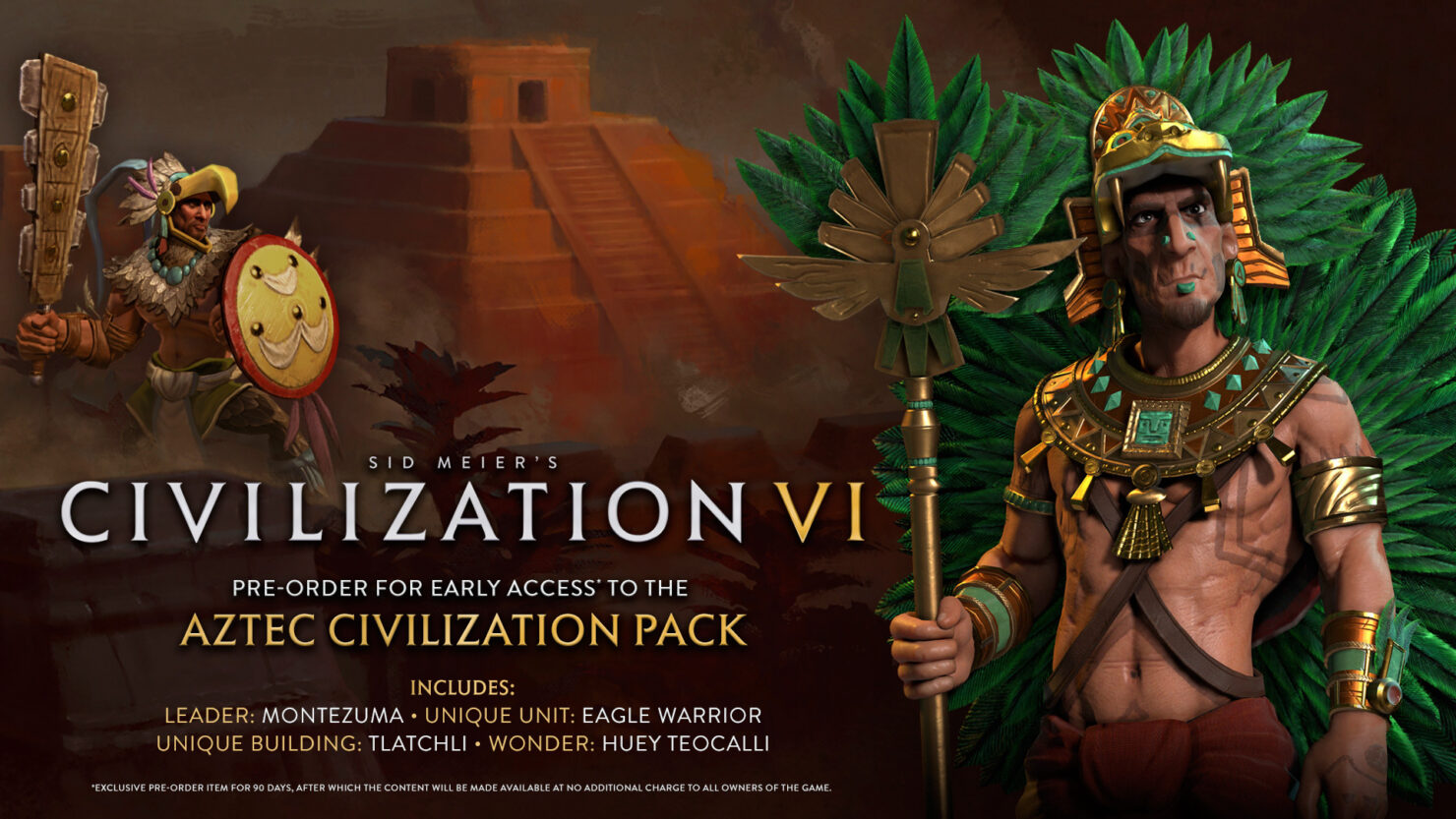 2K and Firaxis Games revealed Civilization VI's pre-order bonus in a dedicated press release. Those of you who'll choose to pre-order the sixth main chapter in the Civilization franchise will receive early access to Montezuma's Aztec civilization; don't worry though, everyone else will get it free of charge three months after launch.

Here's a description of some unique stuff you'll find when using the Aztecs in Civilization VI.

Within the Aztec army existed two classes of elite infantry: the Jaguar Warriors and the Eagle Warriors. Eagle Warriors were comprised of the bravest young men of noble birth who had managed to take the most prisoners in battle. Only after taking 20 prisoners intact enough to serve as human sacrifice could a young man be considered for Eagle Warrior status.

When Aztecs weren’t waging war, capturing prisoners and sacrificing them to the gods, they often enjoyed a bit of sport. The Tlachtli, a ball court shaped like a capital I, was home to many games, including one particular game similar to basketball in which the goal is to place a ball through the opposition’s stone hoop; however, in the Aztec version, you can’t use your hands.

Otherwise known as the Greater Temple of the Aztecs, the Huey Teocalli is a giant terraced pyramid leading up to a temple where some of the most important Aztec rituals were performed. Unfortunately, there is very little left of the Huey Teocalli today, save for some scattered ruins in the Zocalo main square of Mexico City’s downtown district.

Civilization VI will launch on October 21, 2016 worldwide. Last week, it was announced that the game will feature DirectX 12 support at release with full integration of Async Compute and Explicit Multi-Adapter.