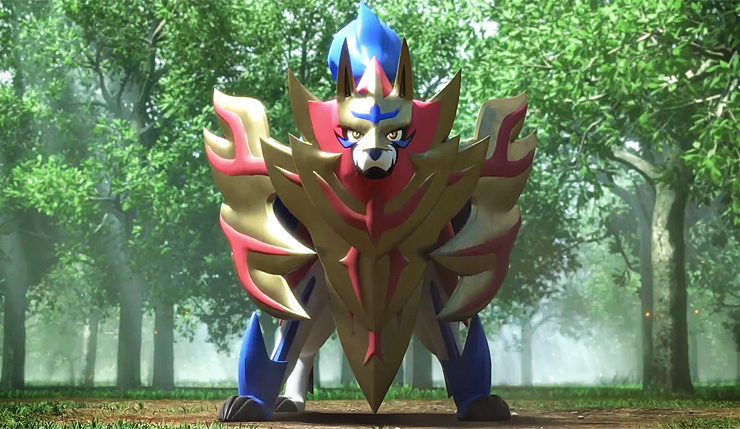 After 2018’s casual-focused Pokemon: Let’s Go games, Nintendo and The Pokemon Company have promised this year’s games will be more tailored for longtime fans. With that in mind, a new Pokemon Direct has dropped this morning, detailing some upcoming features that ought to excite hardcore trainers. Pokemon Sword and Shield will feature giant, extra-powerful “Dynamax” Pokemon, which players will be able to tackle in online Max Raid Battles with up to three other players. Most of the giant Pokemon battling will take place in the Wild Area, a new large, open-world zone where players will be able to explore with full camera control. Want to know more? Check out the full Pokemon Sword and Shield Direct, below.

Here’s some more detail on Sword and Shield’s new features:

Dynamax is a phenomenon unique to specific locations in the Galar region, where Pokemon can take on gigantic appearances during battle, and it’s an integral part of Pokemon battles in the region. Pokemon from the Galar region are able to Dynamax, and when they do, they become tremendously strong and receive a boost to their power. Trainers can only Dynamax their Pokemon once during battle and the Dynamaxed Pokemon will return to its regular form after three turns. Only Trainers who possess a Dynamax Band can Dynamax their Pokemon.

All the moves of a Dynamax Pokemon will turn into special Max Moves. Max Moves are powerful, and some can even trigger additional effects. For example, the Normal-type Max Move, Max Strike, has the additional effect of lowering the Speed stat of an opponent it hits. The Max Moves the player’s Pokemon can use are determined by the kind and types of moves they knew before Dynamaxing.

The Wild Area is a vast expanse of land in the Galar region with untamed wilderness. It is full of nature and connects several different towns and cities. Trainers will find a greater variety of Pokemon living in the Wild Area than anywhere else in the Galar region. The Pokemon encountered in the Wild Area will change depending on factors like weather or location, so Trainers might see something new each time they visit. While in the Wild Area, players can control the camera to explore the vast areas around them and search for Pokemon and items.

Of course, a new Pokemon game means new critters, and a few were revealed during the Direct. The adorable additions include Gossifleur, Eldegoss, Wooloo, Corviknight, Drednaw, and the new legendaries Zacian and Zamazenta. Get familiar with the new faces, below.

Pokemon Sword and Shield arrives on Nintendo Switch on November 15. What do you think? Will you be catching ‘em all, all over again?