Pokémon Go For iOS And Android To Debut In 2016

Pokémon is set to go mobile with an upcoming game developed for both platforms, Android and iOS. The company has announced its collaboration with Nintendo and Niantic, an Alphabet-owned company to develop a mobile game called Pokémon GO. The game will emphasize on training, collecting and battling Pokémon characters in the real world with other users using GPS. The game will be free for both Android and Android users. 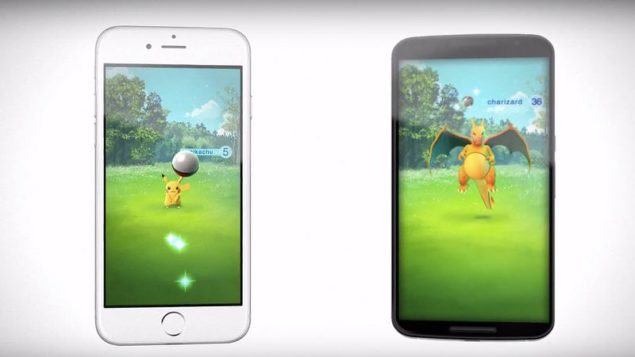 Moreover, Nintendo is also making a new companion supplement smart watch to help you be part of the game without gawking at your smartphone all the time. The watch will be pronounced as Pokémon Go Plus and will be shaped like a Pokéball. The Pokémon Go Plus will be connected to your smartphone with a Bluetooth, just like all other smart watches on the market. The Pokéball will vibrate when you are near a Pokémon in the real world. The Pokémon GO game looks forward to following the Ingress guidelines which is an augmented reality game.

Gotta Catchém All - Pokémon Comes To The Real World

The wearable is a cool gadget for the game, but not a necessity, since you do not need to spend your time looking at the screen of your smartphone and will just make things easier.. Whenever a Pokémon is near, it will vibrate and flash LED lighting. Once you spot the virtual Pokémon, you can capture or collect it and start your training. Once it is trained, you can use it to battle with other Pokémon characters and other users who are fond of it. To get an overview of the Pokémon GO mobile game as well as the visual representation of  how the functions, make sure to check out the video trailer.

The Pokémon GO Plus will enhance your gaming experience and provide a new unique level of interaction and gameplay. However, the price still rests to be set for the Pokémon GO Plus. Even though the game will be free, it still has in-app-purchases. The game is set to make a debut in 2016, exactly 20 years after the original Pokémon games.

It's good to see the good old days of Pokémon coming back again with virtual characters roaming near you. This is it for now, folks. Share your thoughts on the upcoming game Pokémon GO. Will you download it in your host operating system? Let us know in the comments.