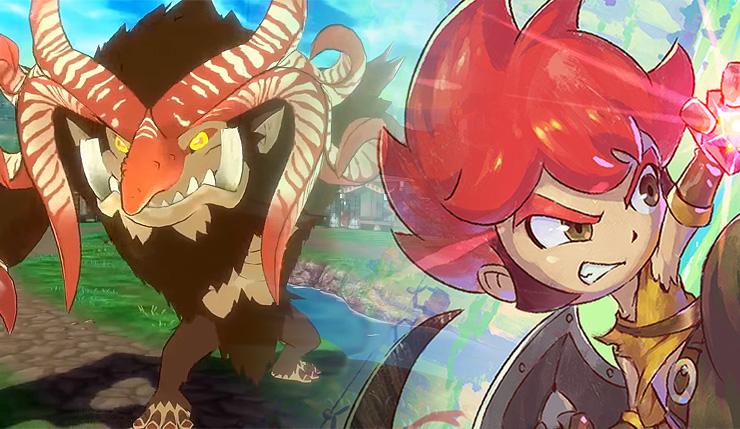 Developer Game Freak is primarily known for creating the ultra-successful Pokémon franchise, but the studio occasionally releases other experiments as well. These side games, like Drill Dozer, HarmoKnight, and Tembo the Badass Elephant, aren’t as successful as Pokémon (What is?), but they’re usually pretty fun and creative in their own right. So, fans definitely perked up when it was announced Game Freak was working on a new RPG, simply titled Town, during yesterday’s Nintendo Direct. You can check out a first teaser trailer for Town, below.

Not a lot of details have been revealed about Town yet (even the name is subject to change), but here’s Nintendo’s basic description of the game:

Town is set in a small village. Under the protection of a great castle, the village enjoyed great peace -- that is, until the sudden appearance of monsters. The entire story takes place within the walls of this single village. Players will take up arms against invading monsters and strategically select from a variety of battle commands. At times, you will need to utilize the terrain, buildings, and the help of fellow villagers in order to defeat the invaders.

Sounds like Town will be a relatively small-scale experience – don’t expect a life-consuming RPG like Pokémon – but I’m definitely digging the concept and art style. Love that the monster designs are actually ugly/threatening – even Game Freak needs a break from cute now and then! Also, hanging out in town is the best, most relaxing part of any JPRG, so a game devoted nothing but that sounds good to me. What do you think? Will you be giving Game Freak’s latest experience a try?

Town settles down on the Nintendo Switch sometime in 2019. In the meantime, Game Freak’s Pokémon: Let’s Go Pikachu and Let’s Go Eevee hit the Switch on November 16.