PlayStation Plus January Titles Will Include Grim Fandango Remastered And More

UPDATE: The full list of PlayStation Plus titles for January has been revealed on the official PlayStation Blog. Together with Grim Fandango Remastered and Hardware Rivals, subscribers will be able to download Dragon Age: Origins, Legends of War Patton, Medal of Honor Warfighter and Nihilumbra for free.

Original Story: The PlayStation Plus titles that are going to be available for free for subscribers in January 2016 have yet to be revealed in full. While an officially announcement has yet to come, new details on some of next month's titles have emerged online earlier today through a newsletter sent by Sony to subscribers. 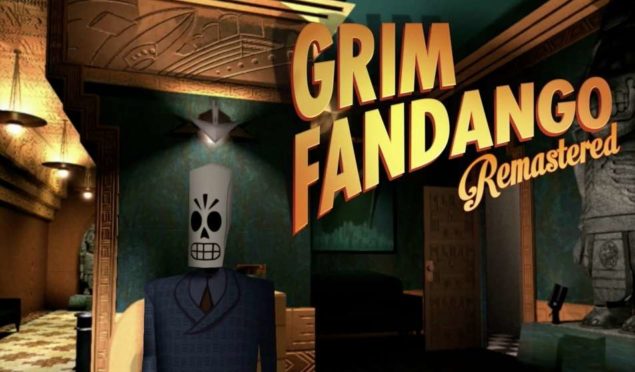 According to this newsletter, PlayStation Plus subscribers will be able to download for free Grim Fandango Remastered, the enhanced version of the point and click adventure game originally developed by LucasArts. The newsletter has also revealed that Hardware Rivals will be part of the PlayStation Plus January titles. As an added extra, all those who have received the newsletter also received a voucher for a Grim Fandango theme.

Grim Fandango Remastered has been announced back in 2014 during Sony Computer Entertainment's E3 2014 press conference, with the game getting released this January. The new version of the LucasArts developed adventure game include higher-resolution textures, improved resolution for character models, the ability to switch between the new and the classic presentation, new controls and developer commentary which allows players to learn more about the game. The PlayStation version also comes with cross-save features, allowing players to use the same save file for the PlayStation 4 and PlayStation Vita version.

Hardware Rivals is an online multiplayer vehicular combat title developed for PlayStation 4. The game will allow players to use either Tanks or Fast Attack Vehicles, collect special weapons during each match and more. The game shares some similarities with the successful Rocket League so fans of the game developed by Psyonix will surely find something to like in Hardware Rivals.