Sony just announced to have received a Guinness World Record certificate as the best-selling home console brand of all time, with over 450 million units (over the four generations) as tracked by VGChartz until November 7th, 2019. 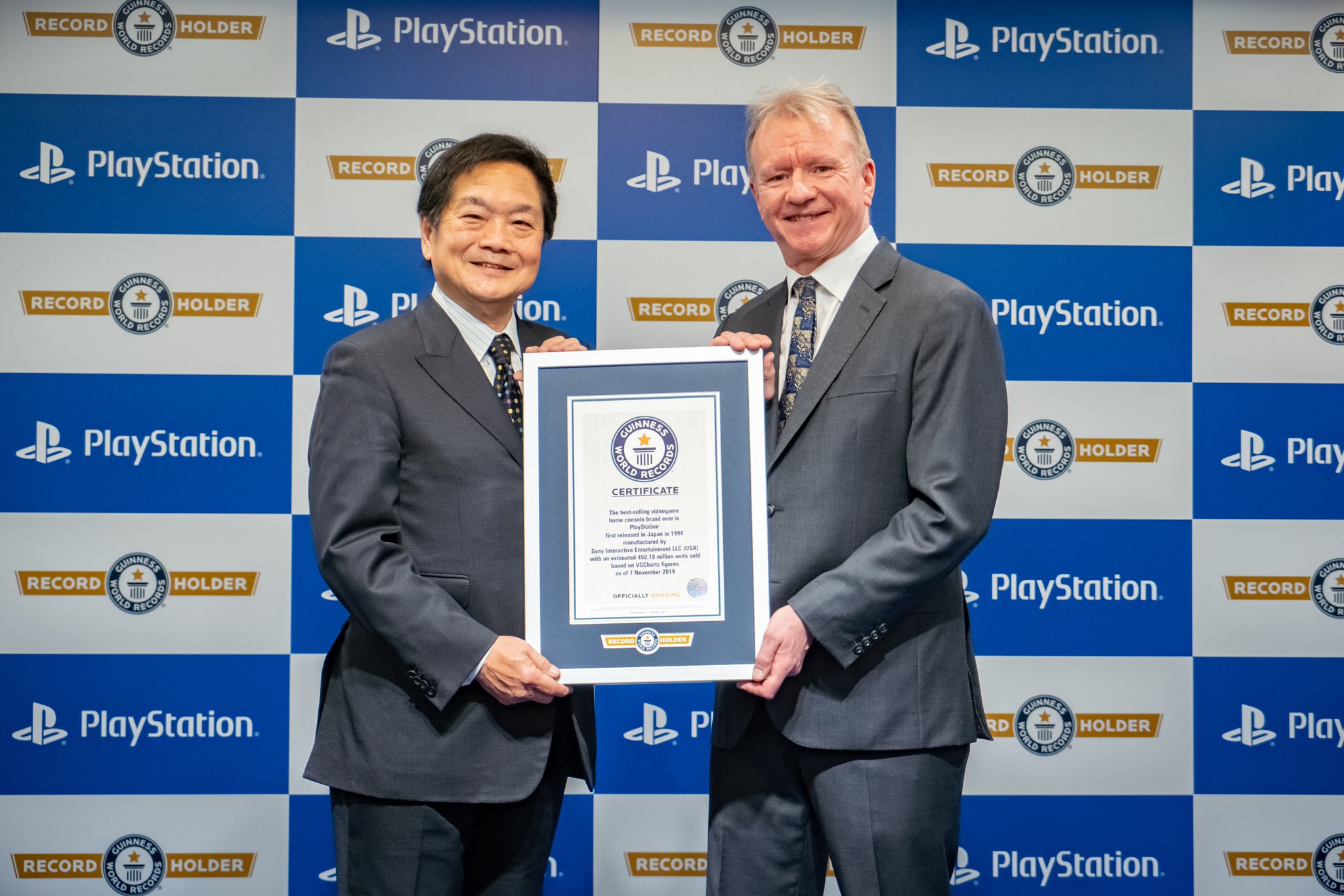 The original PlayStation console debuted in Japan on December 3rd, 1994, though North America and Europe wouldn't get it until September 1995. It is believed to have shipped around 102 million units and a half, becoming the first home console to do so in the history of the games industry.

Its followup, the PlayStation 2, launched in Japan on March 4th, 2000 and again shipped in the Fall season to Western countries (October 26th, 2000 in North America; November 24th, 2000 in Europe). It is still the best-selling home console of all time with an estimated 155 million units sold.

The third generation had a tougher time than Sony anticipated. PlayStation 3 launched a year after Microsoft's Xbox 360, on November 2006 (though Europe only got it in March 2007) and it was priced much higher ($499 with a 20GB hard drive, $599 with a 60GB hard drive), mostly due to the built-in Bluray drive. It struggled at first, trailing in sales for quite a while, and only managed to catch up with the Xbox 360 at the very end of the generation. The PlayStation 3 ended up with about 87 million and a half units sold, by far the lowest of the crop.

Sony has returned to its glory days, commercially at least, with the current PlayStation 4. Launching a week before Microsoft's Xbox One, it benefited from Microsoft's pre-release mistakes in the way of communication as Xbox executives had tried to position the console as an all-in-one entertainment device rather than a gaming platform first and foremost. The PlayStation 4 also cost less than its competitor ($399 vs $499, until Microsoft dropped the Kinect to even the price) while being more powerful in terms of hardware specifications.