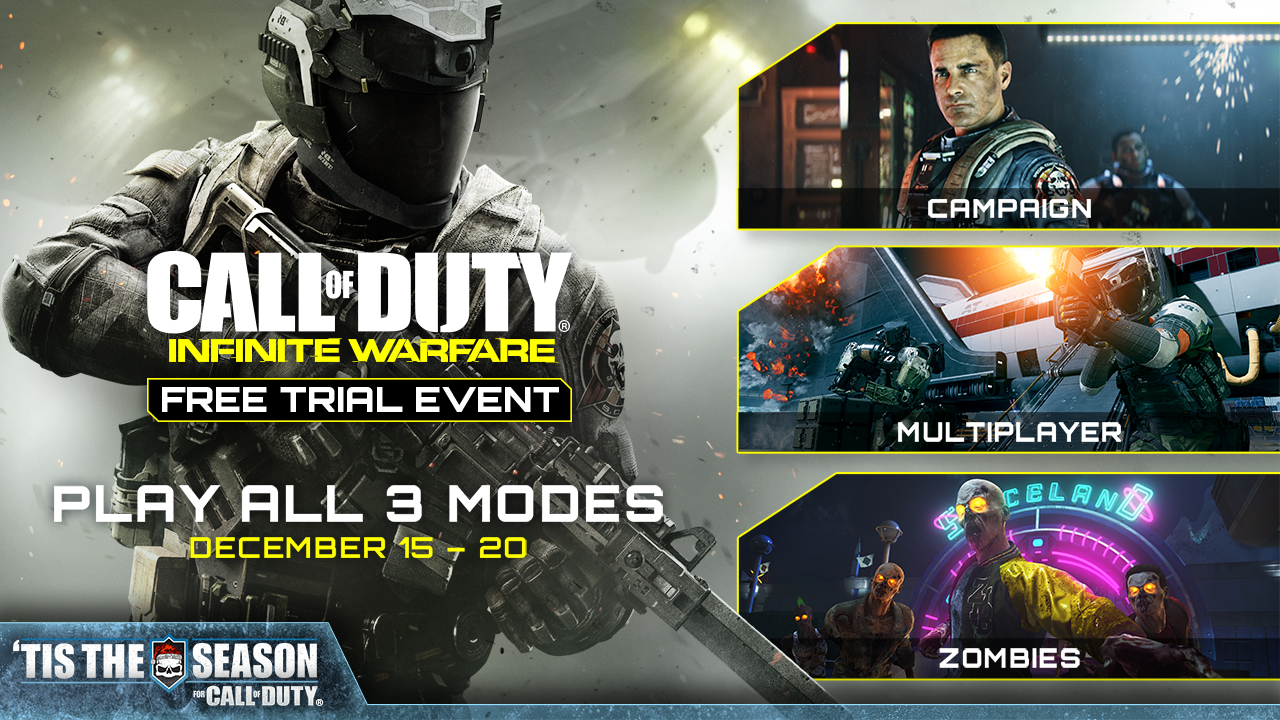 Call of Duty: Infinite Warfare can be played for free during Activision’s ‘Tis the Season’ trial event.

The Infinite Warfare free trial kicks off at 10am PST on December 15 through 10am PST December 20 and will only be available on PS4 and Xbox One – a free PC trial is absent, just like the game’s multiplayer beta from some months ago.

The free trial download weighs in at around 60GB and includes all three games modes from Infinite Warfare, though the content in each mode is limited. The trial’s campaign mode includes the first two missions, players can play the game’s multiplayer mode up to level 15 and the Zombies mode is limited to the third level.

'Tis the Season to get your hands on all three modes in Infinite Warfare absolutely free! This December 15th-20th, try out Infinite Warfare's critically-acclaimed Campaign, pulse-pounding Multiplayer, and the totally gnarly Zombies in Spaceland during the Infinite Warfare Free Trial Event.

Call of Duty: Infinite Warfare and Modern Warfare Remastered are both available now for PC, PS4, and Xbox One.