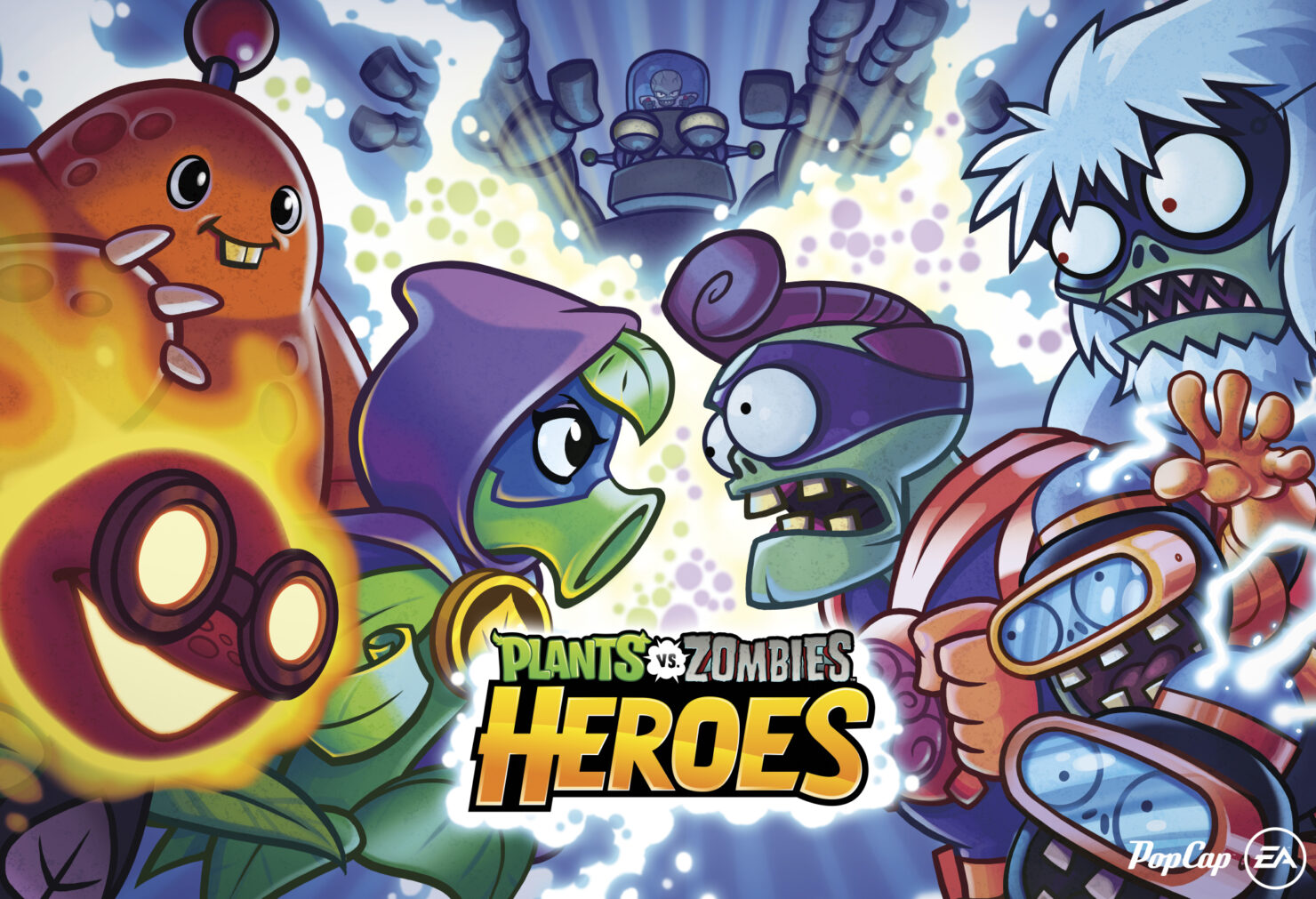 EA announced that Popcap's Plants vs. Zombies Heroes is now available on iOS and Android devices for free.

Plants vs. Zombies Heroes is a collectible card game set in the wacky Plants vs. Zombies universe. You'll be able to assemble a team of deadly plants or creepy zombies and take them online. PvZ Heroes' multiplayer allow players to duke it out on the lawn in friendly or ranked matches.

The single-player campaign contains over 80 adventures and 400 levels that should keep you nice and busy if battling online isn't your thing. Here you'll be able to earn better cards and increase your collection by taking on by completing quests and taking on big bosses.

Players can collect 200 of new and familiar Plants vs. Zombie cards including characters from Plants vs. Zombies Garden Warfare like Super Brainz or Z-Mech. Hero cards have their own super powers, signature styles and abilities. Chances are you'll build your deck around these heroes in order to kick major plant or zombie butt.

Plants vs. Zombies Heroes started a few years ago as a paper card game prototype and a fun way for our team to enjoy playing with their favorite PvZ characters in their spare time.

Since then it has evolved into a hilarious, crazy, over-the-top collectible card game that’s fun for everyone but packed with depth, secrets and strategy. We can’t wait for our fans to start playing.