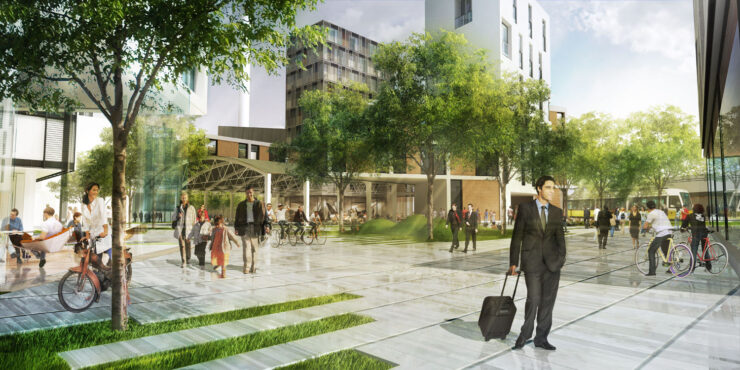 With the global warming at large, and heat island effects on the extreme, it has become a necessity for us to counter the effect by planting as many trees as we can, especially in urban areas. Actually, instead of planting in as many trees as we can, we have to be smart about the trees we plant. Which is why scientists from Germany have compiled a database consisting of 400 different species of trees, to encourage people to plant the "right trees for the right place" in urban environments.

Statistics show that the urban density is likely to increase by 30% over the next decade, as published in the Landscape and Urban Planning journal. Juliane Vogt from the Institute of Forest Growth and Forest Computer Science at Techische Universitat Dresden, Germany said she wanted to focus on the city and urban areas for planting trees but not for aesthetic purposes. She is aiming for this database to help people be smart about planting trees.

One of the main aims of this project is to increase the variety of trees that are planted in urban areas. Dr Vogt has observed that most urban areas are saturated with the same species of trees.

"City planners tend to like 10 to 15 species of tree, and they like to plant them again and again - that's not really biodiversity," she said.

She hopes that this database will help many break out of the cycle of planting the same set of species and also focus on creating a bio-diverse environment within the urban densities. This increase in the variety of trees will also help attract different animals and help them form new habitats in urban areas.

In a way, it is to bring more life to a city made of concrete. Although, it may not necessarily be a good thing since it does have its drawbacks.

In one scenario, a city can have different birds forming new habitats but at the same time, trees have the tendency to attract animals like raccoons, rats, and pigeons which are considered mainly as pests because they either eat up the vegetables, leave droppings that are hard to clean up afterward and provoke health problems.

There are instances where people do get fed up with the trees. They cut them down simply because they are either too big or they shed too many leaves and fruits which are hard to clean off pavements.

However, the need for trees in urban environments to reduce heat island effects and provide more oxygen and clean up our atmosphere surpasses the simple annoyance of not being able to maintain them. Hence, this database is designed to help you find the perfect kind of trees which are easy to grow, manage and help clean our environment.