The first part of the Pillars of Eternity: The White March expansion has been released some time ago and the second highly anticipated part was supposed to be released in late January. A few hours ago, it's been confirmed that Pillars of Eternity: White March Part II won't be released this month as originally scheduled, but the delay is not going to be all that big, thankfully. 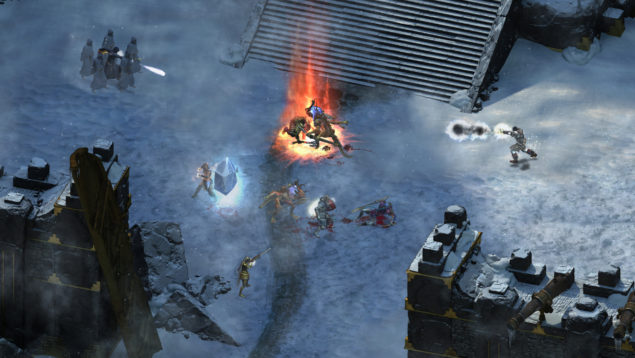 A new The White March Part II Story Teaser trailer has been made available a few hours ago, with the teaser confirming that the second part of the expansion will be released on February 16th. You can check out the Story Teaser right below.

“The White March – Part 2 not only adds new content to the Pillars of Eternity universe, but also allows players to experience the conclusion of the stories told in The White March – Part 1, bringing the first epic chapter of Pillars of Eternity to a close. Players will find a variety of new challenges waiting for them in the snowy borderlands of the Eastern Reach, along with new quests, new abilities and a raised level cap, and a new companion: Meneha, the Barbarian.

“A series of new features await fans of the Pillars of Eternity universe, including a new ‘Story Time’ mode, letting players experience the incredible narrative of Pillars of Eternity at a faster pace. Players will discover the answers to questions asked in the prior expansion, and lead companions old and new through new locations such as the Abbey of the Fallen Moon.”