The announcement of backwards compatibility with Xbox 360 games was one of the few unexpected but welcome surprises of Microsoft's E3 press conference. The question on my mind, and perhaps on yours as well, has been how precisely they've implemented it and how it works with the rest of the system. 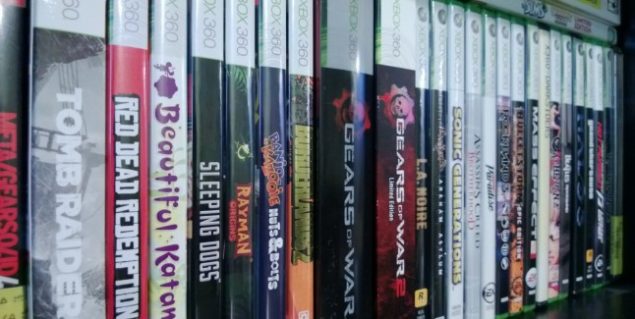 Phil Spencer explained how backwards compatibility works, with full emulation tied into all the Xbox One services.

Phil Spencer told Giant Bomb on their E3 Day One podcast that the decision to include legacy support was one motivated by ensuring that Xbox 360 owners feel good about making the transition. There are still a lot of people who have large libraries that might not have had a chance to play every single game, so this is now a "safe place to play" as Spencer puts it.

"Millions of people made investments in 360 content," he said. "We thought the right thing to do was to make that content go forward, but we didn't know,"

To accomplish this, they apparently are emulating the Xbox 360 in its entirety, the hardware layer and the software layer. Emulating the Xbox 360 comes with a lot of challenges, because it's a far more capable platform than say, the Wii, and is still able to play some visually striking games that demand processing power. Unlike with other less powerful platforms, there is little processing overhead here. Translating higher powered PowerPC driver calls to their x86 counterparts is not an easy task, so it's rather spectacular from a technical standpoint that it's been done at all, and even done relatively well on such a relatively low powered platform.

The Xbox 360's OS is running in a virtual machine, much like the Xbox One OS's themselves, so that the Xbox One can't differentiate between it and a native game. This means that it has all the social and other functionality you'd expect, such as access to the game DVR, the ability to take screenshots and more. The Kinect is one device that doesn't translate well and likely won't be seen as compatible in the near future, however.

"There's some caveats, and as always I like to be as transparent as I can be on this: Kinect games won't work from the 360, because translating between the Kinect sensors is almost impossible."

The Xbox 360 apparently approached emulation by having each original Xbox game in its own emulation package replete with its own emulator. The result was rather poor, hence the change to a complete emulation solution within a VM.

One very large issue right now is that games that require multiple discs won't currently work correctly with this model. Spencer does assure us that work is being done to address that issue and that perhaps we might even see multi-disc games repackaged on a single disc at some point.

Having this feature is perhaps a step in the right direction to bring the Xbox One in parity as a gaming platform with the PS4. There are still a lot of great games from the previous generation that are worth revisiting or playing for the first time. This could add value to a platform that was perhaps missing some critical functionality, though it doesn't necessarily make up for the lack of computing hardware at all. And what does this mean for the future of remasters on the Xbox One? Will the still be announced as readily as they have been recently?

Whether or not this provides you with a reason to consider the Xbox One is, of course, up to you, but it's certainly one more check mark that the PS4 doesn't currently have.