In a recent interview with GamesIndustry, Game Designer Peter Molyneux, shared his thoughts and mentioned that gaming is close to becoming the dominant entertainment medium. 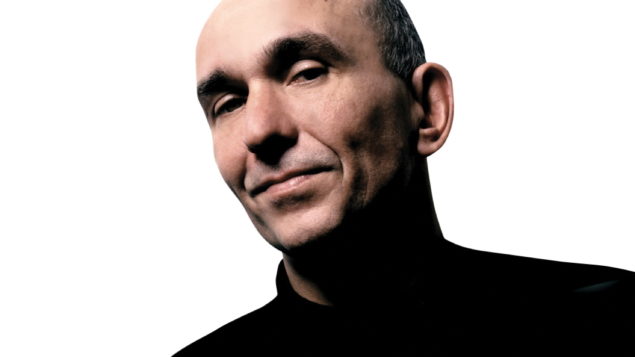 You may think Curiosity was a stupid idea, but I’ll tell you what. When it ended it was the number one trending global topic on Twitter. How cool is that? All it was was ‘What’s inside the fucking box!’ Can you imagine how that felt? For me, that’s what this industry is. We’ve spent 20 years creating something that Sir Clive Sinclair said would become the dominant entertainment medium. We’re almost there. Now is the time we have to show the world that they don’t need to be anaesthetised by the deluge of rubbish from TV and film, because they can be involved. They can solve puzzles, create things, they can feel good about themselves. That’s why I love what I do.

Molyneux is indeed responsible for some high-profile releases like Populous, Theme Park, Syndicate, Dungeon Keeper, Black & White and Fable. He has somehow lost some credibility though for his often unfulfilled promises.

"At that time I started making this terrible mistake,"

"Oh God. I feel like curling up into a ball and just withering away. The mistake I made, and I've made it again and again and again, and if I ever do this again I'll probably still make it, the mistake I made is to go and talk to the press about my current ideas. As you can see, from the iterative development side, the current idea seems like the most exciting thing ever. It seems like it will fit, but sometimes you have to throw it away.

"I remember the interview, for Fable. At E3 I used to have these one to one press briefings. The truth is, the journalist comes in and they're utterly exhausted. They have three days of hangovers building up. They've been walking around the show, lugging an enormous amount of kit. They're about as excited as they would be from talking to an accountant. My job was to explain why the game I'm working on was going to be better than any of the other 700 games shown off at that E3.

"What I did was simple. I said, these are the things that excite me about this game. I said, and this was utterly true, 'what I would love, in role playing terms, would be to have a world that evolved, like Black and White.' We had this technology. 'I'd love to have trees that grow, that you could plant an acorn that grew into a tree.'

It is true that gaming is fast becoming an interactive medium in delivering unique, captivating experiences that rival the story telling and lore of high budget films and quality TV. The truth is, it can become so much more. Some of the focus on narrative focused experiences has been unfortunately lost during the last few years, as multiplayer experiences have gained huge popularity, that many developers neglect the story driven aspect in order to deliver a more competitive multiplayer focused experience.

Multiplayer is as important, if not more than single player at this point, but games should not stop being a medium for beautiful and inspired story telling. More games started including co-op multiplayer campaign modes that combine narrative with the multiplayer aspect, and they are quite popular with gamers.

Gaming has the potential to surpass other entertainment mediums, and establish itself as the dominant platform for the most immersive, and beautiful interactive entertainment experiences in our lives.