Perception is a unique horror game from the team over at The Deep End Games, made up of veterans who've worked on the BioShock series and Dead Space. It was funded via Kickstarter back in June 2015 and it's now close to being released.

At PAX East 2017 we were able to chat with Perception's Creative Director, Bill Gardner, and spoke about VR and his horror influences.

Wccftech: Without spoiling too much, what exactly is going on in Perception?

Gardner: Perception is a narrative horror indie title where you play as a blind woman named Cassie. You use echolocation to see which means you need to create sound in order to “see” in the world. There is a thing in the world that we’ll call ‘the presence’ where if you create too much sound, he will hunt you down.

Wccftech: I noticed that game takes place in this spooky mansion, why is a blind person even there?

Gardner: Cassie is being called to this mansion, there’s something that’s attracting her to this home in New England. She’s been having these nightmares for months and months where she’s seeing this mansion. Finally, after all this research Cassie realizes that the mansion is a real place and she hops on the first plane from Phoenix, Arizona to Gloucester, Massachusetts. She starts to piece together the history of the house and as she does that through letters and recordings and learning from the ghosts who inhabit the house.

Wccftech: Cassie has a unique reaction to the items she finds in the mention, could you tell us a little bit more about that?

Gardner: There are items in the house we call ‘touchstones’ that trigger memories that she uses to piece together what happened. Well, what’s happening is that the house will change and you’ll jump back in time, things will shift, you’ll meet new characters and even the architecture will change. It will feel like a different location but you’ll be in Echo Bluff (the mansion). You’re working your way through the history of the house and solve that mystery.

Wccftech: As a horror game, was deciding to make your character blind and rely on using echolocation purely designed to scare the crap out of you?

Gardner: (Laughs) Honestly, that was a motivation. We are big horror fans here. I worked on the Bioshock series which were not overt horror games but had plenty of elements of horror for sure. What we would always say was that “information was the enemy of horror.” Where you’re doing a horror movie or game you find ways to abstract or to skew information. We were kicking around ideas for what we wanted to take on next as a project. Our core goals were that we wanted the unique aesthetic, tell an interesting story, bring interesting mechanics to the core narrative. When the idea of playing a horror game with a blind woman came up, it pretty much hit all those goals we had to do. That was definitely a driving motivation but the idea came from a bunch of places. 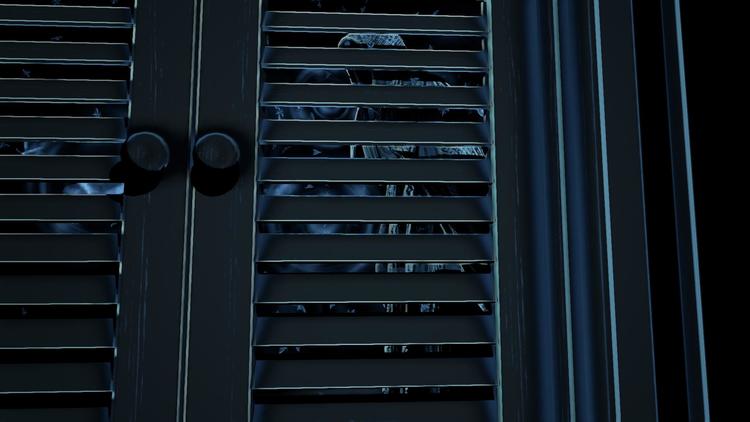 Wccftech: Back to the idea of using echolocation to use sound to see. Are the surface types going to play a role in how much or little sound gets created?

Gardner: Some surfaces will make quite a bit more noise than others. Things like walking or crouching on carpet vs hardwood will create different amounts of noise. The game isn’t meant to be a crazy sound simulator but we do want to capture the feeling of what you would expect when you react to something you get a reasonable response and you can tell what you’re interacting with or what your standing on. Jim Bonney is our audio director, we’ve worked together on BioShock: Infinite and he was the first person I contacted for this project because this was going to be mostly sound-driven. SO we spent a lot of time making sure that the sounds are represented accurately.

Wccftech: We’ve noticed how in a good horror movie or game building atmosphere is more important than cheap jump-scares. What did you find most important in building that atmosphere?

Gardner: Tension is key. That’s something I learned with working with Ken {Levine, Creative Director BioShock}. It’s also something I learned from being a huge fan of horror. I’m much more a Stanley Kubrick person than someone like an Eli Roth. I’m also a huge fan of John Carpenter even though he uses a lot of shock and gore. I look at him like a daywalker, he knows how to get into the gore and get very visceral at the same time he understands atmosphere. The Thing was a big inspiration for this atmospherically and vibe-wise. Most of that movie is very still and quiet with groups of people looking at each other with long shots for building pacing and tension.

Wccftech: You just mentioned your cinematic influences, which horror games would you say had a hand in helping you make Perception?

Gardner: I’m all over the map, I play everything. A few of the touchstones that I really love and that are near and dear to me that I frequently look back to are Silent Hill 2 is a big one for me. Even though it touches a lot in the gore department and uses more disturbing imagery. I often refer to it as a ‘meat circus.’ I think narratively and symbolically, it’s a big influence for me.

Fatal Frame is another one. It’s a game that isn’t afraid to slow it down and let you poke around in its world. It’s not constantly in your face.

Resident Evil is an obvious one but the most interesting moments for me are the areas that are calm. The save rooms, for example, give you a moment to breathe and collect yourself. You safe from danger but you know you must go back out there and leave your safe zone. I love those moments where you must cross that threshold. I always want to embrace the moment in the horror movie when you’re standing at the top of the staircase to the basement and you’re like, “sh*t, I need to go down there.” Those moments are important to me and very powerful.

That’s what the house does in Perception. It calls out to you and messes with you and makes you uncomfortable.

Wccftech: There’s a feeling that house itself is a character in the game?

Gardner: Absolutely, as you meet characters you’ll see that they are going through the same things you’re experiencing and you’re trying to piece together as to why you’re being called. 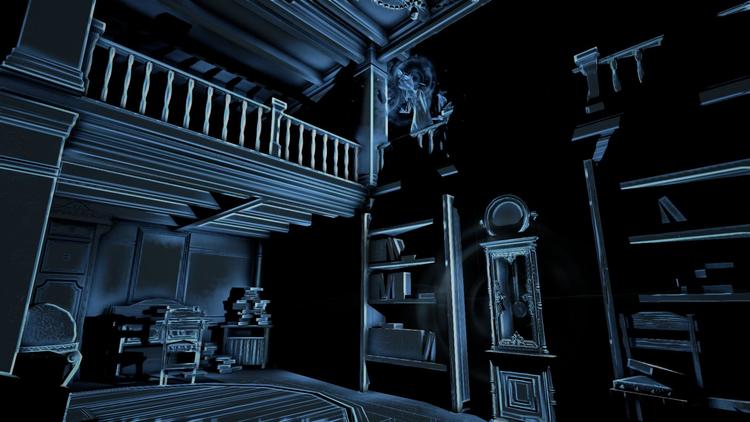 Wccftech: We talked a bit about ‘the presence’ in the house. There’s a hiding mechanic in the game, is there ever a moment where Cassie can defend herself or take the fight to whatever is hunting you?

Gardner: You’re strictly hiding, distracting, and avoiding. There’s really nothing you can do to defeat it, just avoid it. You can turn things on or throw things in to distract it or you can run and hide. There’s nothing you can do once it shows up, there’s no stopping it.

Wccftech: When should we expect to play Perception?

Gardner: We are going to announce a date very soon but we are coming out in the next couple of months.

Wccftech: Any chance for any VR support?

Gardner: We have VR kits. I love VR and all the platforms. I really want to make it happen but I want to really want to nail this. It would be a post-launch type of thing. Working on Unreal makes it really simple but I want to make sure we get it right so we avoid things like motion sickness. I want to find ways to make sure we take full advantage of the platform. We would we be making an announcement closer to launch hopefully.

Wccftech: Speaking of VR, what’s been your take on VR? Horror games seem like a really good fit for the platform.

Gardner: I think there is a natural fit for horror. I think in some ways perhaps too much of a fit. (laughs) I’m hugely excited about VR and always have been. So I’m psyched to see it come to market. I sense there’s a lot of potential we haven’t tapped into yet. I’m real excited about the future more than anything else.

Wccftech: Thanks for spending some time and talking about Perception and horror with us!