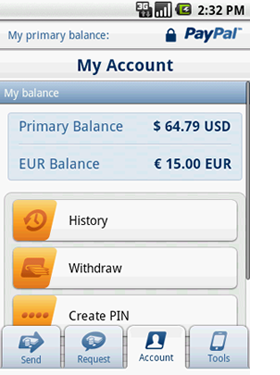 In this period, in the age of Information, there are millions of people who use Paypal to perform their transactions to and from different places. Android being one of the most famous OS now a days, has a Paypal App, which due to its popularity is used insanely.

Yesterday, Paypal released an update to their Android App that really boosts its position upwards. They added some really interesting features in the new updates. New features now include:

Paypal reports agreed to the fact, that with the Android app they saw an influx in coming and going of money through their system.