Unless you are living under a rock, you know that the game which created an enormous uproar during past few weeks in the smartphone gaming industry has been taken down officially by the developer. So finally, the outrageous madness caused by this game has come to an end. If you did not download Flappy Bird when it was available on app stores and want to get your hands on it now, you will have to pay $60,000. 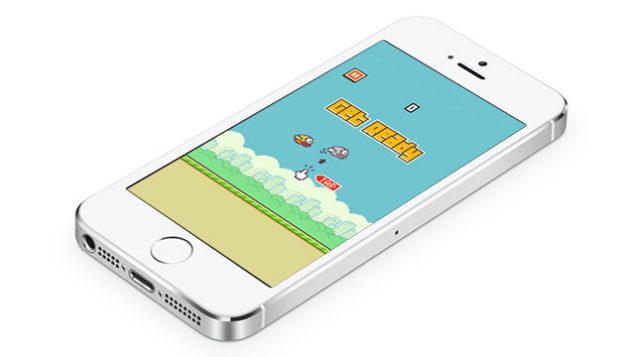 No longer can anyone buy the legendary Flappy Bird smartphone game because Dong Nguyen, the developer of the game, has pulled it from iOS and Android App and Play stores. Dong Nguyen, the Vietnam-based game developer previously announced via his Twitter account that he will remove Flappy Bird from digital retail stores very soon, he also mentioned that this decision is not a result of any legal issues.

Following through with his promise, Nguyen removed Flappy Bird from both Apple's iOS App Store and Google's Android Play Store at the mentioned time. The official death of Flappy Bird left behind many eyes in tears and yes, some drastic market opportunities. Some folks have found a way to help themselves with the copies of Flappy Bird installed in their smartphones.

Knowing that Flappy Bird is gone (seemingly) forever, people have already started to sell their iPhones that have Flappy Bird pre-installed on eBay. The prices range from thousands to hundreds of thousands. For example, the cheapest deal I was able to find was an iPhone 5 with Flappy Bird installed going for $995 and other deals go as high as $60,000. 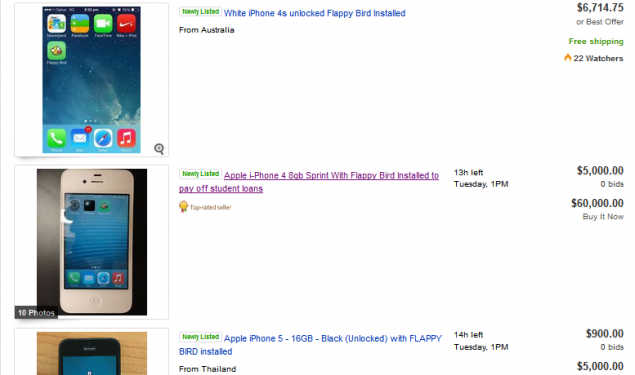 So this is it guys, if you missed on this maddeningly difficult game, you can buy a whole new (used actually) smartphone from eBay with Flappy Bird installed because now it is impossible to get this game from anywhere else.