Pandora has announced another expansion for its ad sponsored music streaming service after revealing solid earnings last week. Judging on the base of Apple Music, there seems to be no impact on Pandora, according to the CEO. This straight up means that the company is still going strong and remains unmoved by its competition.

The aforementioned expansion deals in its sponsored listening program previously launched as a beta pilot service back in September 2014. The program specializes in uncut music streaming with brand endorsements. Pandora users around the globe accepted the idea which turned out to be quite a success. There was an increase in brand awareness and their intentions to purchase.

Pandora's hour-long ad free music streaming works in an elegant manner whereby advertisers send their complied media to users. Users can either ignore the option and carry on with ad interrupted streaming, or choose to view a 15-second ad in exchange for an hour-long of ad-free music streaming. Some of the advertising content includes videos, slideshows, or 360-degree tours for products. Some of the advertisers include Corona Extra, Gatorade, TruTV, Yuengling and Land Rover North America.

“The Sponsored Listening offering is unique, and we jumped at the opportunity to align with this attention-based service during the launch of the new Discovery Sport. Pandora’s Sponsored Listening product allowed consumers to engage with the vehicle – by watching a video or by interacting with a 360 degree unit – for at least 15 seconds. Opportunities to engage with our consumers around new vehicle launches within premium listening environments are difficult to find.” 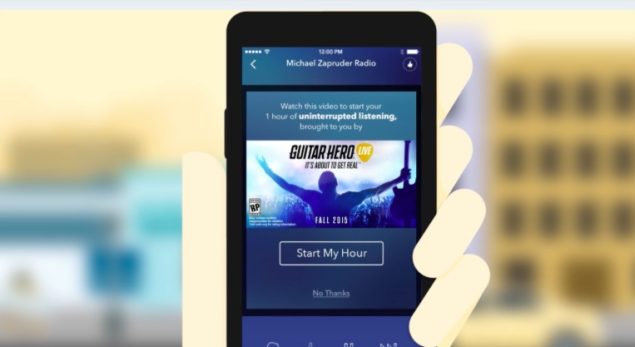 Pandora has adopted a unique first mover promotional strategy that no other music streaming service has offered to date. The new entrant to the music streaming industry is Apple Music, which has advantage over Pandora for its exclusive content from well regarded performers such as Pharrell Williams, Drake and many other big names.

Brian McAndrew is not concerned by the launch of Apple Music, as according to him, the Cupertino giant's music streaming service has no impact over Pandora.

What do you think about Pandora's expansion? To what extent is it a threat to Apple Music? Let us know in the comments section below.