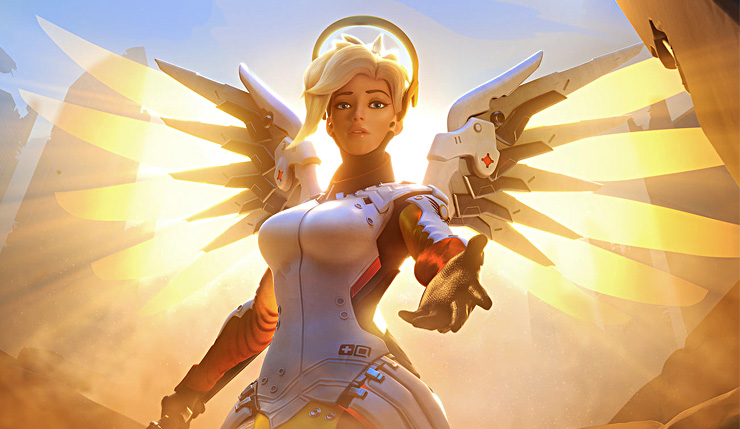 Overwatch will once again be celebrating the Chinese New Year with the upcoming Year of the Dog event, and it sounds like it’s going to be a bigger deal than last year’s Year of the Rooster celebration. The event will, of course, include new skins and the return of Capture the Flag mode, but this time around we’re also getting an all-new map! Overwatch director Jeff Kaplan detailed the Year of the Dog event in a new developer video, which you can check out, below.

The new map is set in Thailand and is designed specifically for Capture the Flag. Here’s how Kaplan describes the new battleground:

“The biggest and best part of the Year of the Dog celebration is a brand-new map [Ayutthaya]. This map takes place in Thailand and is absolutely gorgeous. One side of the map is ancient and has some temples, and the other side is bright and beautiful and very modern. The coolest part, is it's the first map built specifically for Capture the Flag mode.”

In addition to the new map, Blizzard is making some changes to the basic Capture the Flag mechanics:

“We've looked at feedback and advice from [players] and looked at the game rules for CtF and made a bunch of changes. First off, there's no more draws. Historically, whenever we've had draws, there's been discontent, so we want to get rid of draws. So, we've added a sudden-death mechanic, where if two teams are tied, both teams’ flags are moved closer to the center of the map, and then the match resumes. [We've also] changed the flag pick up rules, so now picking up the flag is instant, but if you use certain [restricted] abilities, you'll drop the flag. For example, Winston's leap will [make you] drop the flag.”

On the subject of new outfits, Kaplan promises six new legendary skins, two of which will be reserved for Mercy and Genji. No word yet on who the other four skins will be for.

Overwatch is available on PC, Xbox One, and PS4. Fans will be able to bite into the Year of the Dog event tomorrow (February 8).